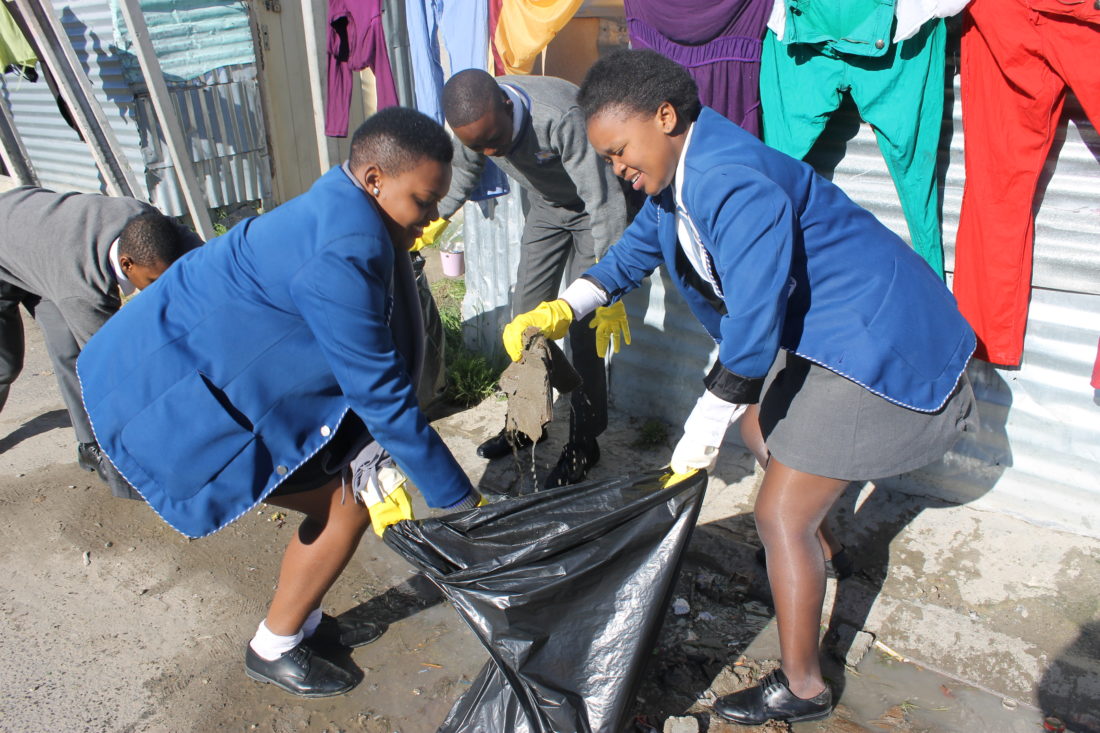 Rabie, Century City and Sinenjongo do 67 minutes (plus) for Mandela Day

Staff from Rabie Property Group, our theme park,  Ratanga Junction, and the Century City Property Owners’ Association (CCPOA) – the non-profit company responsible for the day to day running of Century City – joined forces yesterday with the 940 learners at Sinenjongo High School in Joe Slovo Park to go on a litter clean –up of the township in honour of Madiba and the 67 years he spent fighting for democracy for South Africa.

Armed with yellow gloves and black bags, teams of learners, teachers and volunteer staff from the three Century City-based companies headed out into the township to do their bit to improve the quality of life of the Joe Slovo community.

The bags and bags of garbage were then packed onto CCPOA trucks and taken to the municipal dump before staff from Ratanga treated the more than 1000 people who participated in the clean-up to a boerewors roll, chips and cooldrink.

So smoothly did the operations run that all 1000 people had been served within 20 minutes – something of a record even for Ratanga which has been known to feed up to  10 000 people in any one day!

Principal Ms Khuleswa Nopote said the gesture was hugely appreciated by all and it would be the only meal many of the learners would get today.

“It is doubly appreciated as the school feeding scheme which provides a daily meal for most of our learners on school days has not yet kicked in for this term.”

Sinenjongo High School was adopted by the Rabie Property Group as the major beneficiary of its Corporate Social Investment Project eight years ago and since then has provided capex projects and additional teachers and programmes that have helped turn the school around and boosted its matric pass rate from around 27% to well over 90%.