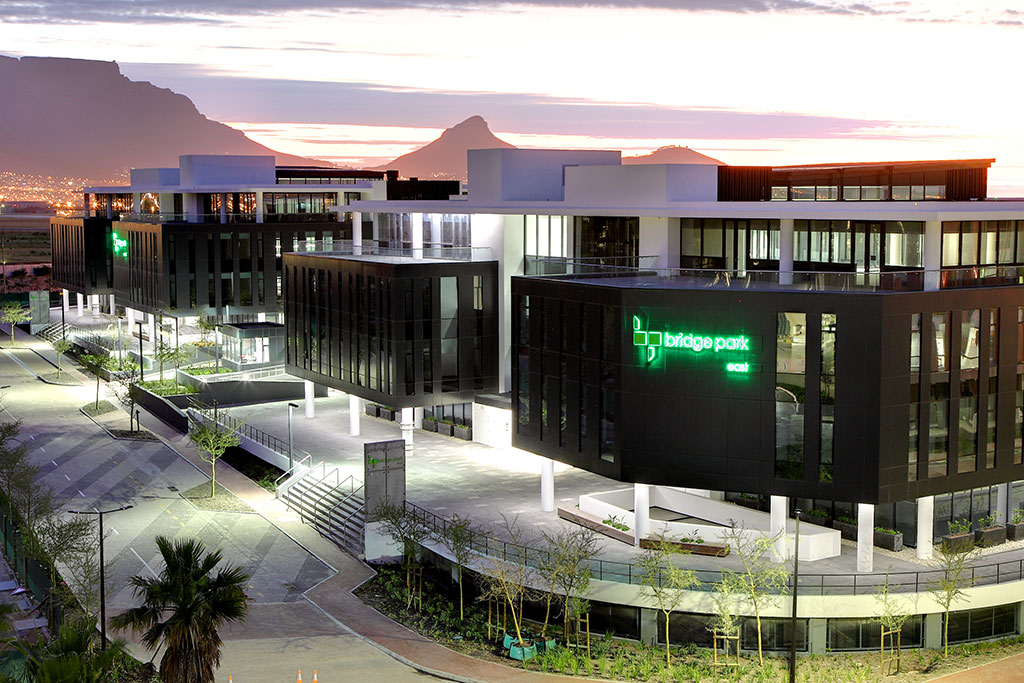 The 18 000 square metre Bridge Park office development in Century City, which is the new home of Absa in the Western Cape, has been awarded a 5-Star Green Star SA Office v1 Design rating by the Green Building Council of South Africa.

Absa is relocating to Bridge Park from 14 different offices around Cape Town on a phased basis, with everyone in by August 2016.

Designed by dhk Architects and developed at a cost of R450million in a joint venture by Rabie Property Group and Growthpoint Properties, Bridge Park comprises two four-storey buildings set over a shared basement and podium.

This brings to five the number of Green Star rated buildings in the all-green Bridgeways precinct that is also home to the R1billion Century Square development, which includes a 1200 seat Conference Centre, a 125 room hotel, restaurants, offices and apartments all set around a public square. The Century City Square development is also registered with the GBCSA as a pilot project for a new mixed-use rating tool.

Colin Anderson, a director of Rabie, said they were delighted Bridge Park had achieved the 5-Star Green Star rating in the Design category and said they were also aiming for its accreditation in the As Built category.

The main contractor on the Bridge Park development was Murray & Roberts while the sustainable building consultants were PJCarew Consulting.