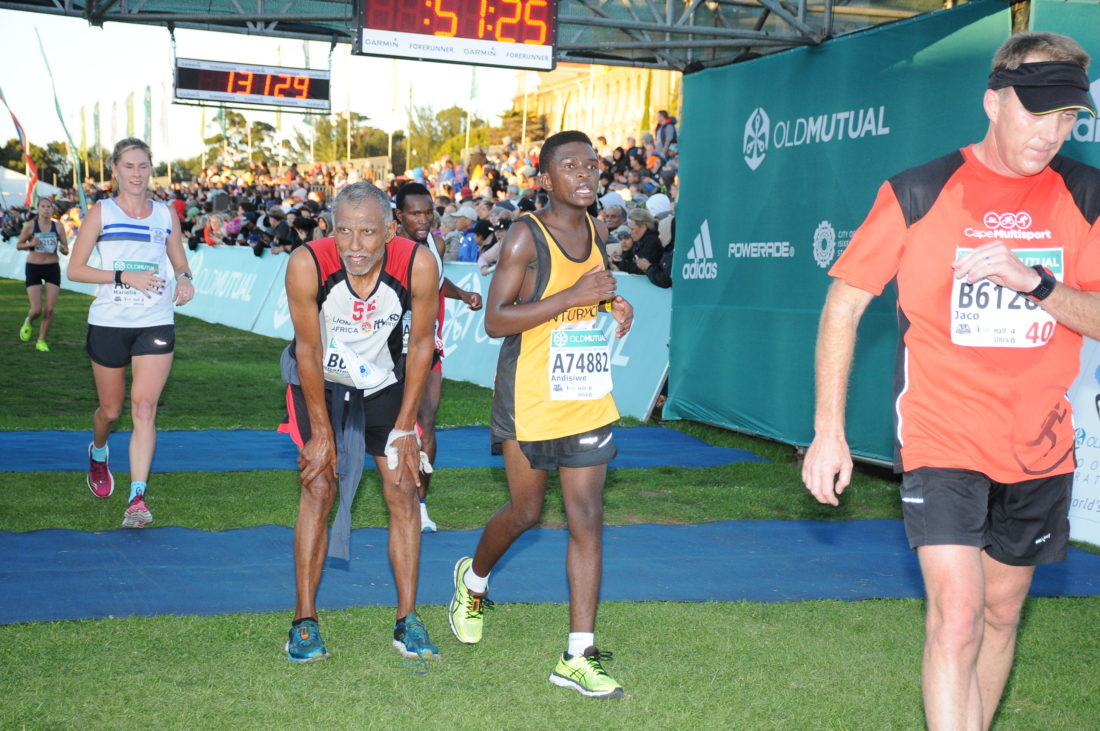 Andisiwe Lungisa, a grade 11 learner from Sinenjongo High School in Joe Slovo Park, Milnerton, is a rising star of the Century City Athletics Club, completing his first Two Oceans Half Marathon in one hour, 31 minutes and 26 seconds.

In fact, Andisiwe or Mrita as he is known to his friends, came 274th out of a field of 16 000 runners in the half marathon.

Not bad for a young man who started running less than a year ago.

Andisiwe is one of 15 or so junior development runners from Sinenjongo High School being mentored by the Century City Athletic Club and who attend weekly time trials on a Tuesday, practice runs on a Thursday and a weekly Saturday morning parkrun.

And, according to “Uncle” Steve Akester, one of the club mentors, Andisiwe has a serious drive and passion to run and rarely if ever misses an opportunity to train or run.

Living in a shack in Joe Slovo Park with his mother, this quiet, unassuming young man runs to the weekly Century City parkrun every Saturday.

“He always arrives at the very last minute, literally scrambling in at the last few seconds and then launching himself to the front. He is consistently in the top 10 at the parkrun showing improvement week on week,” says Steve.

Although his longest to date, this is not his first race. At the Century City 10km Express, which forms part of the annual Century City Sports Festival in March, Andisiwe came home in the first 40 runners behind the elites in a time of 38 minutes.

“There is no doubt he has the heart of a racehorse. We certainly have not seen the best of him yet. Watch this space!,” says Steve.

Felicity Mabuzve, a teacher at Sinenjongo who runs with the learners, said they were all very proud of Andisiwe.

“We are very thankful to Uncle Steve (as the juniors fondly call him), Century City Athletic Club chairman Bertie Cloete and all the club members for the great opportunity and support they are giving all the juniors.”