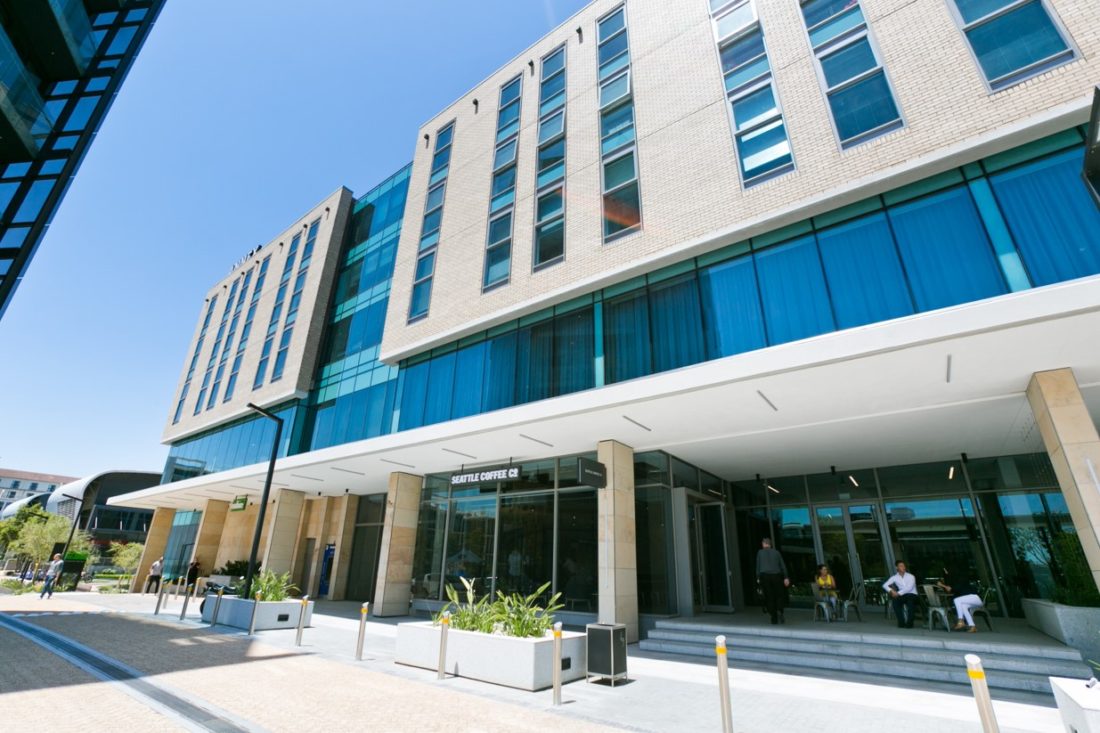 The 3500 square metre Annex building, which forms part of the mixed use, all-green Century City Square development, has been fully let.

He said Rabie itself has taken the top floor of just over 1000 square metres with the third floor being let to engineering group, Glad Africa – which has taken around 620 metres –  and a global insurance company which is moving into the South African market.

Elley said the offices in the Annex, which adjourns the Century City Conference Centre and which has a Seattle Coffee shop on the ground floor, had achieved rentals of around R165 per square metre.

‘There is no doubt that Century City has come into its own and demand for office space in the precinct shows no let up.

“A number of recent large deals has seen most of the new office space in the precinct being taken up. In fact, as we stand now we have very little new stock available, particularly for larger users and this is requiring that we push the button on further new development in the precinct to meet the continuing demand.”

Century City currently has around 350 000 square metres of offices making it the third largest commercial node in the Western Cape after the Cape Town CBD and Bellville.

Elley said the new tenants in the Annex had decided to relocate to Century City for a number of reasons including its central locality, its safe and secure environment,  its world class amenities including Canal Walk shopping centre and its extensive public transport system to name just a few.

“There is no doubt the tenants moving into Century City Square have been attracted by the bustle of the Square with its restaurants, coffee shops and pubs as well as the Virgin Active right on the doorstep.

“And then of course there is Century City Connect which provides an open access fibre optic network offering those living and working in Century City access to the country’s fastest broadband data, voice and multi-media services.”

The R1billion Century City Square development has been awarded a 4-Star Green Star Custom Mixed Use Design rating by the Green Building Council of South Africa, the first development in the Western Cape to achieve this.