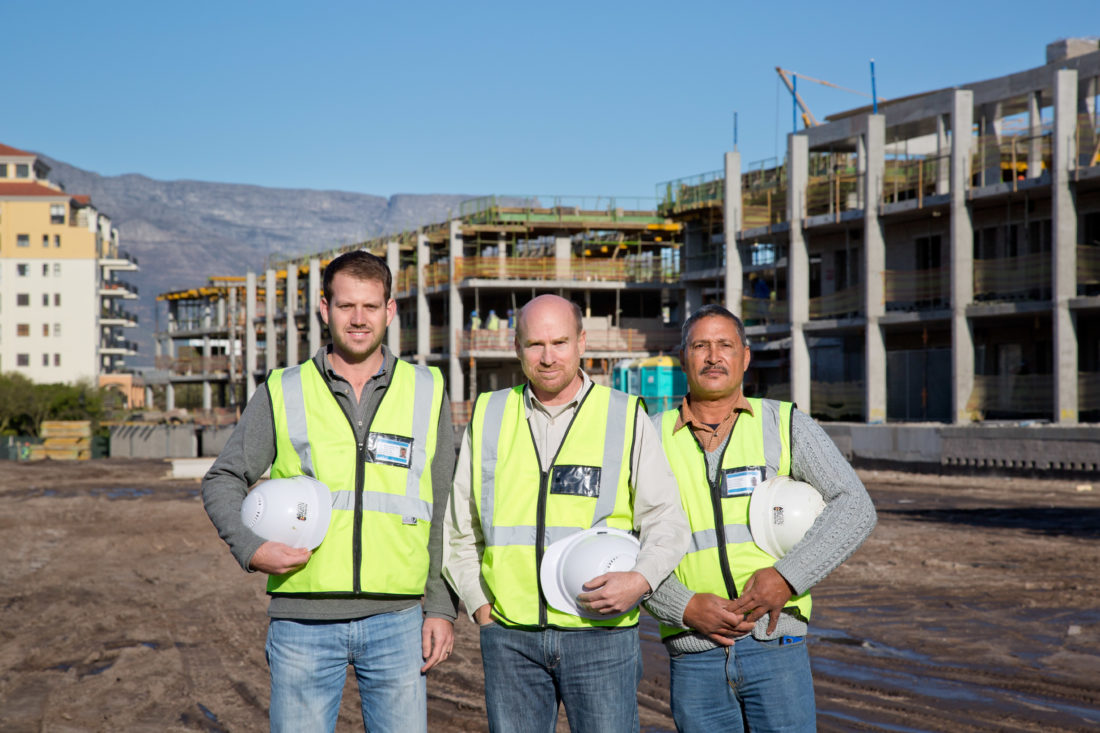 Since 2012 when the turnover of the company was under R50m, Big Ben has grown from a small, niche residential contractor specialising in low-rise construction to a medium size contractor with a diversified work portfolio across commercial, residential and even specialist projects and a growing track record of high rise construction.

MD Colin Ridley says they expect this upward trend to continue for the foreseeable future at least as they already had an order book of more than R250m for the 2016/2017 financial year.

Recent specialist projects undertaken include a day hospital at Century City where the company was able to meet the exacting technical specifications.

Ridley says the company’s staff complement has grown in line with its turnover. Four years ago it employed nine managerial staff and a workforce of 20 and this now stands at over 20 managers and a work force of 80.

Work recently completed includes the second phase of the Greenford office project in Kenilworth comprising a total of 5600 square metres in seven stand alone office blocks. At Century City it has undertaken an office block in The Estuaries for Horizon Capital, the Quays mixed use development comprising 92 apartments in two blocks and a 4000 square metre commercial component consisting of 36 sectional title office suites and a restaurant as well as 140 residential apartments and seven villas in Ashton Park.

“We are currently busy with Mayfair – also a mixed use development comprising 136 apartments in two blocks and 3000 square metres of sectional title offices at Century City due for completion in Easter next year – and we are now coming out of the ground with Manhattan Quarter, another residential development of 63 apartments on basement parking.

“In addition we are shortly to start work on a 190 unit residential development outside the confines of Century City.”

Ridley says their order book for the next financial year includes a nine-storey residential apartment block in Century City.

“We have done a number of high rise buildings of late but this will be the first time we will have exceeded five levels and we are looking forward to the challenge.”

The key to Big Ben’s success, he says, is their hands-on, passionate approach to construction and their striving for continuous improvement in both systems and quality.

“This is not a nine to five industry. It is literally 24/7. One is continually on call and the attention to  maintenance is as important as the construction in terms of delivering both the ultimate client experience and building a track record of excellence.”