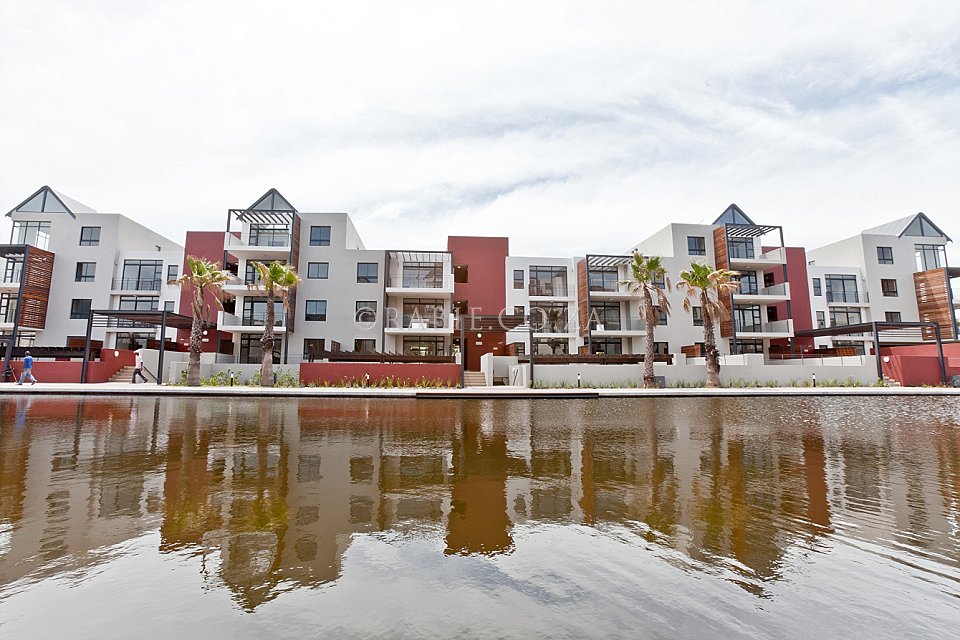 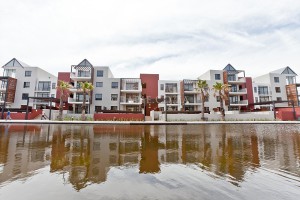 Construction of Quaynorth, an exclusive, niche development of 28 apartments, mostly water fronting, at Century City which was sold out six months ago, is now nearing completion.

Brian Usher of Property World, the official on-site agents at Century City, said the entire block would be transferred to purchasers in February.

It follows that of Quayside where all 63 apartments and townhouses were also sold out well ahead of completion towards the end of last year with transfers taking place from October.

Both Quaynorth and Quayside, which are on separate erven, form part of The Quays development which also includes 3500 square metres of low rise studio offices set around courtyards and a piazza which is due for completion in April this year.

At the time of going to press all but one of the offices, ranging from 40 square metres to 250 square metres,  in two and three storey buildings  remained to be sold.

The buildings have been designed as individual facades rather than a monolithic office block and the varying architecture gives the appearance of village street edge that has evolved over time.