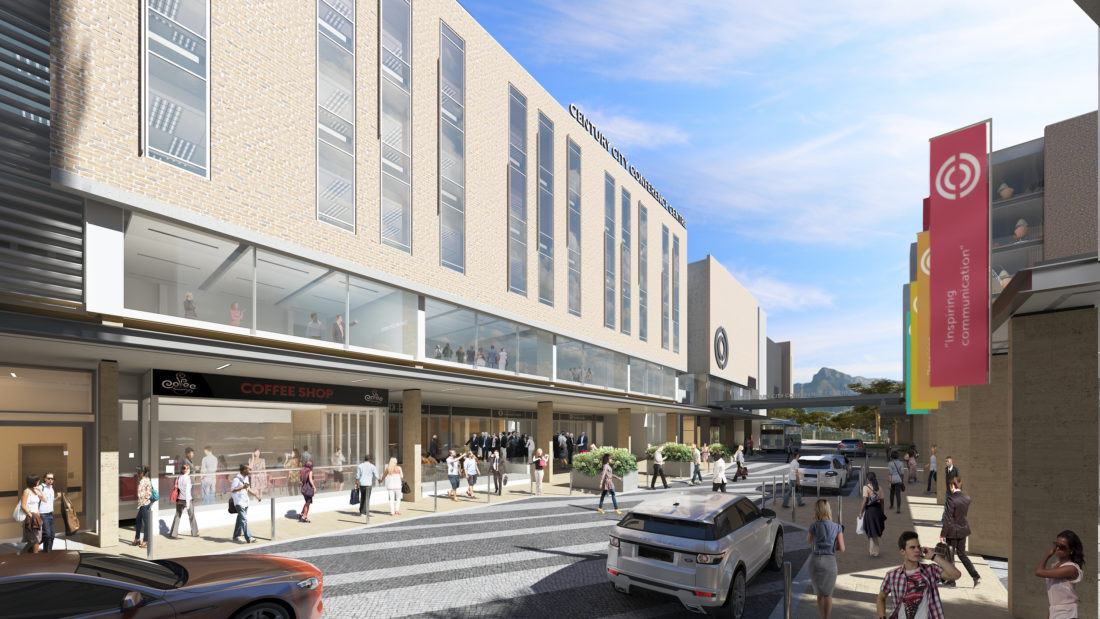 The new Century City Conference Centre, which forms part of a new R1,5billion commercial and hospitality hub, is on track to open ahead of schedule in the new year.

Joint CEOs , Gary Koetser and Glyn  Taylor, say in fact the conference centre will be opening two weeks earlier than scheduled to host a conference for a large national corporate company in mid-January.

“The rest of The Square development, including the hotel and restaurants, will open as originally scheduled during February 2016,” says Koetser.

He says there has been an immense amount of interest in the new conference venue from both national and international corporates alike.

“Everyone we have taken on site to date is very excited and says it is exactly what Cape Town needs in that it compliments existing facilities and fills a gap in the market for medium sized conferences.”

The conference centre has a total capacity of 1900 delegates over 20 venues and offers  flexible configurations.

There are also 11 meeting and breakaway rooms and a business lounge on the first floor, offering various seating styles and privacy work booths. The lounge can accommodate approximately 200 delegates.

Koetser says a total of 65 permanent staff have so far been employed by the Century City Conference Centre and Hotel and this will be jump to 130 by the beginning of 2016.

“We will be conducting an intensive two-week induction and training programme in January educating the staff not only about the Century City Conference Centre and Hotel but also the entire Century City precinct.”

Some key appointments include:

Key appointments to the Century City Conference Centre and Hotel include: 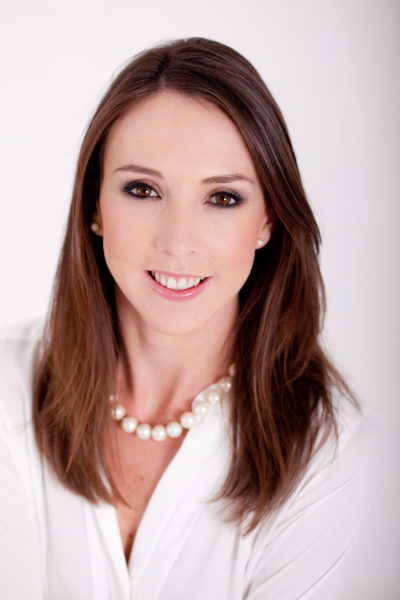 Walda has been assisting with the pre-opening technical assistance over the past two years, specifically focusing on the Hotel design and offering. Her acute knowledge of the project coupled with her familiarisation of the greater Century City precinct, positions her perfectly to take on the role as General Manager of the Century City Hotel. Walda’s resume showcases 13 years of intensive hospitality skills training across various positions and property portfolios. 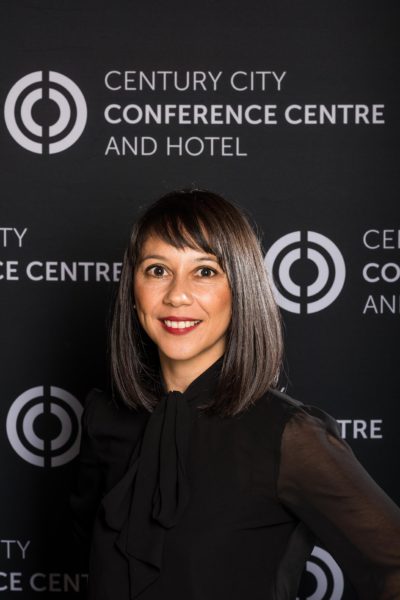 Kim was previously revenue manager at African Pride Crystal Towers Hotel & Spa and holds a diploma in hotel management from Cape Technikon Hotel School. Her total revenue management background as well as her 15 years’ experience in the hotel industry has lead her path to Century City Conference Centre & Hotel where she has been appointed as Business Optimisation Manager. 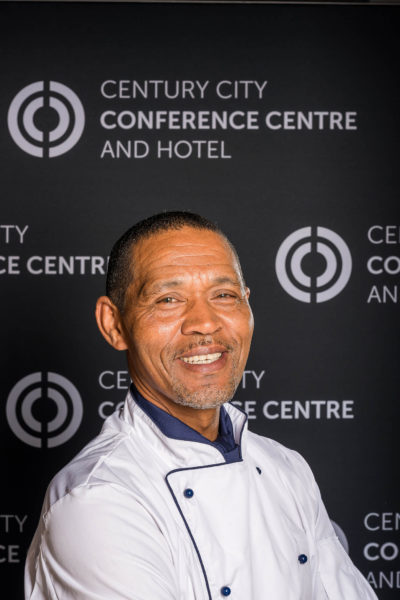 Chef Abbas, who has over 30 years’ experience, has an extreme passion for his heritage and the kaleidoscope of flavours that make up the wonderful culinary genre that is “South African Food”. He has worked in many hotels over the years, most recently heading up the kitchen brigade at the African Pride Crystal Towers Hotel & Spa, and is now joining the opening team of the Century City Conference Centre as Executive Chef. 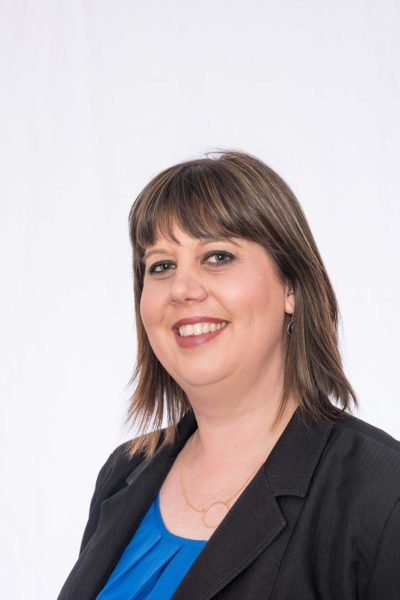 Zandri’s extensive sales experience spanning across various sectors in the hospitality industry, as well as her infectious enthusiasm for both the industry and her clients, makes her well suited for the role of Sales Ambassador for the Century City Conference Centre and Hotel. Zandri’s experience includes four years in a senior Sales position for Protea Hospitality and almost 15 years’ experience in the travel trade sector. 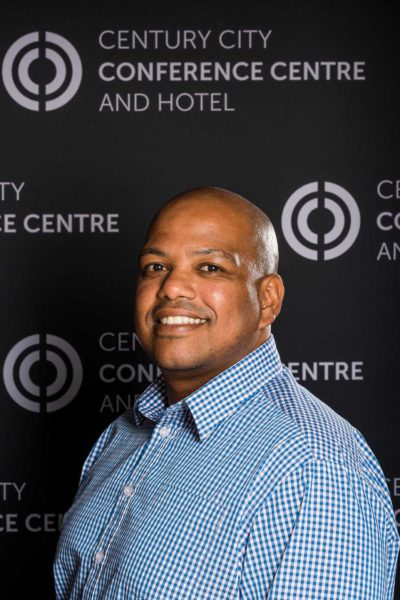 Regan is a member of the South African Institute of Chartered Accountants. He completed his articles at PricewaterhouseCoopers before joining Cape Theme Parks as financial manager in 2009. 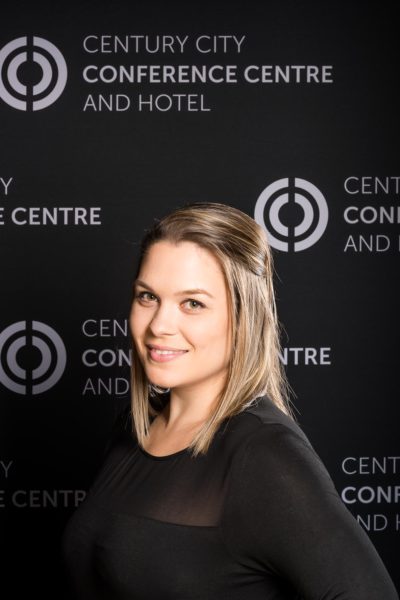 Kayla’s ability to manage extremely busy and demanding professional lives, as well as her history in hotel marketing, has paved the way to her position as PA to the Joint CEO’s of Century City Conference Centre and Hotel, Gary Koetser and Glynn Taylor.