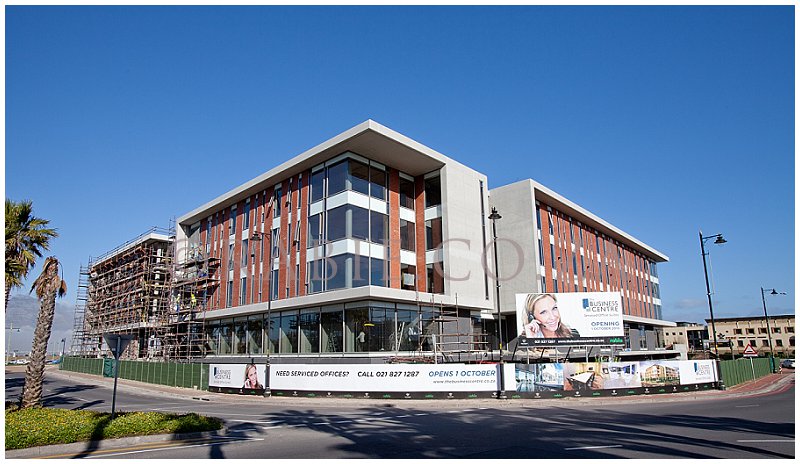 The 4000 square metre A-grade office block, which has been built on a prime site at Century City in a joint venture between The Business Centre and Rabie Property Group, is also aiming to be the first Green Star rated serviced office development in Africa. Designed by Vivid Architects, the R85million building was constructed by Aveng.

Ceri James, sales and marketing Director of The Business Centre, said the Century City Business Centre would fill a gap in the market and there had already been an impressive response and take-up ahead of opening.

He said the group, which has an eight year track record of providing serviced office solutions to the business community in Gauteng and KwaZulu Natal, had strategically chosen Century City as its first Cape Town location due to its central location and the high demand for offices in the precinct.

“In addition, technology underpins the backbone of The Business Centre and supports our  expanding customer base. This is another reason we decided on Century City as, through Century City Connect, its carrier neutral, open access, fibre optic network, it is able to offer the fastest broadband speeds and packages in Africa, in fact only seen elsewhere in Europe.”

The Century City Business Centre will offer 115 purpose built offices with 370 workstations, meeting rooms, video conferencing facilities and an on-site cafe.  “Because it is fully serviced, tenants will be able to start running their business as soon as they move in which makes it ideal for any startup business, SME, or national business looking to avoid massive start up and operational costs, while expanding their operating footprint.”  Managing director Travers Hathrill, said they offered flexible leases of three, six or 12 months.  “This flexibility allows customers to manage their business needs through both prosperous and challenging times.”