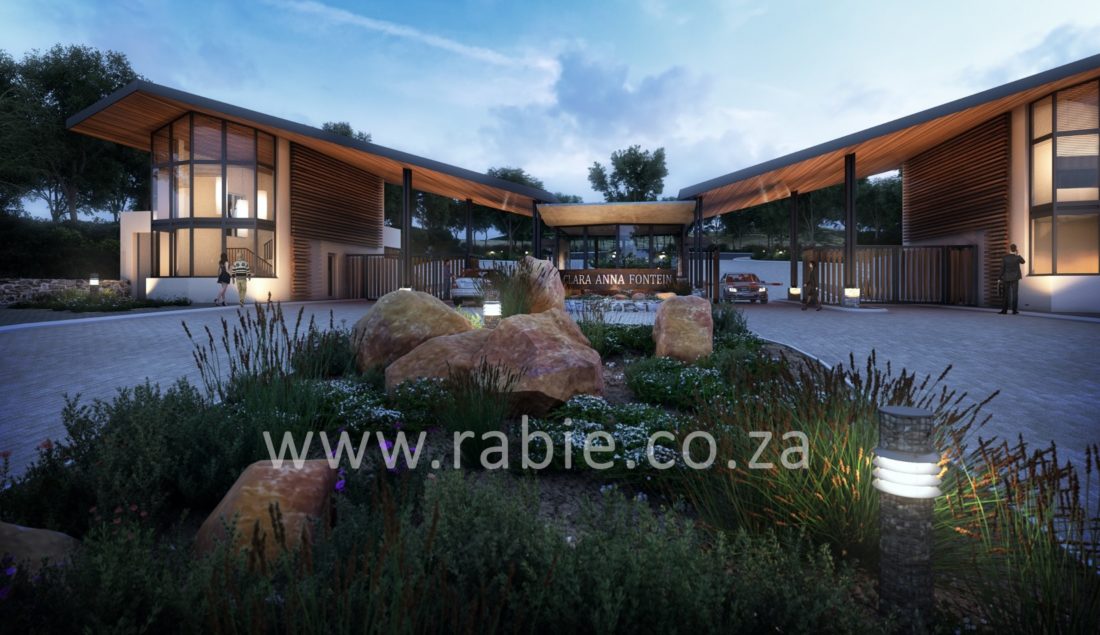 Buyers snap up plots in new lifestyle estate in Durbanville

Buyers snapped up  more than 150 plots in excess of R300m in the prestigious Clara Anna Fontein lifestyle estate in Durbanville at a VIP pre-launch function last week.

Having paid a R5000 deposit, hundreds of excited, would-be purchasers crowded into a massive marquee on the 127ha estate, which forms part of the Uitkamp farm on the rolling hills of Durbanville, to wait for the sales process to begin.

Colin Green, a director of Rabie Property Group, which is undertaking the development in a joint venture with landowners, the AFM Louw Family Trust, said pre-sale demand for plots had been so overwhelming that they had devised a process to give purchasers a fair and equal opportunity of getting a plot of their choice.

All would-be purchasers were issued with a unique number when they registered and a ball with the same number was then placed into a tumbling barrel.

Master of Ceremonies Nico Panagio drew the numbers from the barrel over the course of the afternoon and evening with purchasers able to choose and sign for a plot once their number was drawn.

The completed development, which borders a private game reserve, will comprise:

It will also include a number of recreational and sports facilities including a fully equipped gym, a lap pool, tennis courts and a squash court as well as various entertainment venues in revamped buildings for parties and functions.

Green said the original 18th Century Manor House on the estate is to be fully restored and re-invented to provide a modern luxury lifestyle centre where residents will be able to enjoy a meal or meet friends for a drink.

Only 240 of the single residential stands, which vary from  580 square metres to 3000 square metres with an average size of around 1100 square metres and priced between R1,15m and R3,5m VAT inclusive, are for sale at this stage. These stands, most of which enjoy spectacular north-facing views, are all suited to executive-sized luxury homes with architectural guidelines to ensure an uncompromising and upmarket standard of design throughout.

Green said the end result will be an eclectic mix of styles from traditional to clean and contemporary builds incorporating glass, timber, steel and stone finishes.

The high security estate will boast fibre to the home and include CCTV cameras on the perimeter and throughout, biometric access control, electric fencing and anti-dig barriers as well as 24 hour manned security.

First transfers are scheduled for May/June 2016.

The farm Uitkamp is situated on Vissershok Road, next to Aurora and directly opposite d’Urbanvale.

Clara Anna Fontein, its manor house with conference facilities and game area are well known and form part of Uitkamp.

Uitkamp consist of two areas: Portion 19 against the hill that is a successful conservation and game area and portion 18 lower down where residential development has been approved.