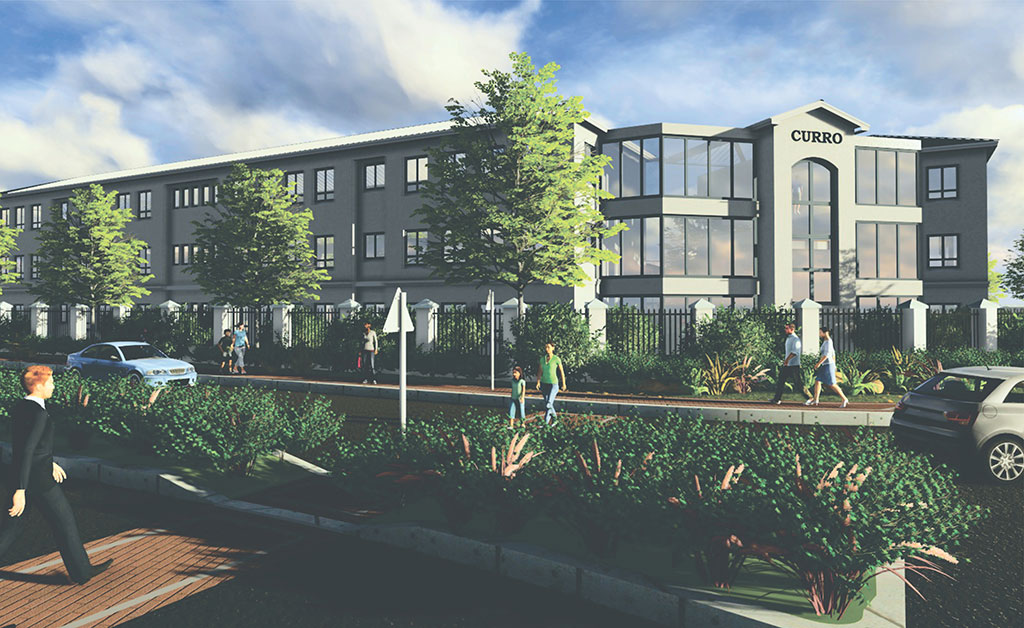 Curro to open high school at Century City in 2017

Curro Holdings, the listed independent school company that opened a primary school at Century City in January 2013, is to open a high school on an adjoining site in January 2017.

Curro took transfer of the new site in June and construction is well underway.

The new campus, he said, will meet the strong demand from their existing learners as well as others for high school facilities in the Century City precinct.

“We are building the entire high school campus now but will only open Grades 8 and 9 next year with the other grades being phased in to ensure continuity for the learners.”

In addition certain existing facilities on the primary school campus such as the hall and sports field will be shared with the junior campus.

“Our existing learners will get first option for the high school but we will have sufficient room to accommodate at least 50 more learners per grade next year and enrolments are open.”

Curro Century City was the group’s first new concept “City school” which has a bigger academic focus than the traditional larger Curro campuses but still offers a variety of sports facilities including tennis courts and a multi-purpose field.