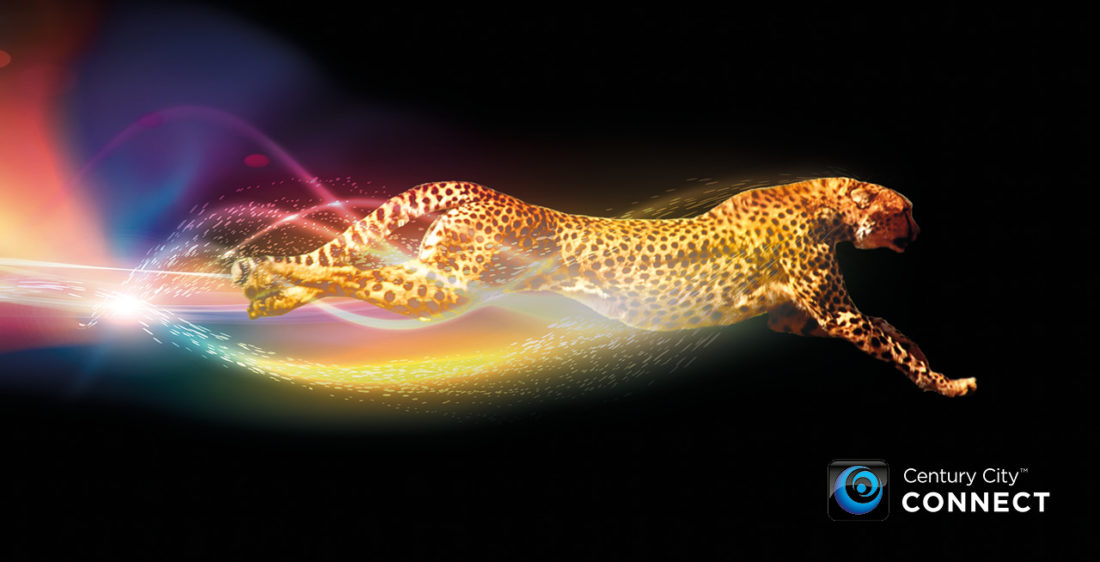 Century City businesses are enjoying the country’s fastest broadband data, voice and multi-media services and speeds only seen to date in Europe. Access to these broadband speeds is in fact a prime attraction for new businesses to the precinct.

He says the average broadband speed in Century City for businesses using the Century City Connect network via one of 15 Internet Service Providers, was 19.39 megabits per second (Mbps).

“This puts us streaks ahead of the South African, Cape Town and Gauteng averages of 3.99Mbps, 3.56Mbps and 4,60Mbps respectively.

“In fact it is also streaks ahead of the international average of 13,84Mbps and on a par with Europe which leads the pack with an average connectivity speed of 19,59 Mbps.”

De Swardt was reacting to an international speed index report released by the Ookla Net Index which showed that South Africa’s average speed of 3,99Mbps was only the six fastest in the Southern African Development Community and Cape Town’s speeds were even slower.

“We calculated the Century City average based on the number of business connections that we currently have on the network and the average broadband speed came to 19.39Mbps.”

De Swardt says they also worked out the average of their current residential connections and these were enjoying an average speed of 14,87Mbps.

Greg Deans, a director of Century City Connect, said there was no doubt the network was rapidly changing the way businesses within the precinct do business and how individuals live their lives and was proving to be a major draw card for businesses to the precinct.

“There is no doubt it has given Century City an incredible advantage over other nodes which are now scrambling to try and offer faster broadband speeds.”

Deans said to date no less than 15 Internet Service Providers (ISPs) – many of which are leaders in their field not only nationally but globally – have been signed to the Century City Connect network.

“While we have the big brand ISPs on board we also have some smaller niched ISPs who can address the specific requirements of smaller users. In fact we are confident that we now have the right mix of ISPs to offer not only the necessary range of services tailored to end users’ needs and pockets but also the customer interface.”

He said the benefits to the end-user of having such a wide range of ISPs on the network were considerable as it meant not only could they shop around for the most suitable package for them but they did not have to be locked into a lengthy contract and so could easily swop to another service provider if they were dissatisfied.

Deans said they had now taken fibre past all premises within the Century City precinct – a benchmark used internationally to state the reach or success of a fibre optic network.  “In fact we have put fibre directly into or adjoining the premises of around 450 businesses with all tenants in those buildings able to have their own unique direct access to the network.”