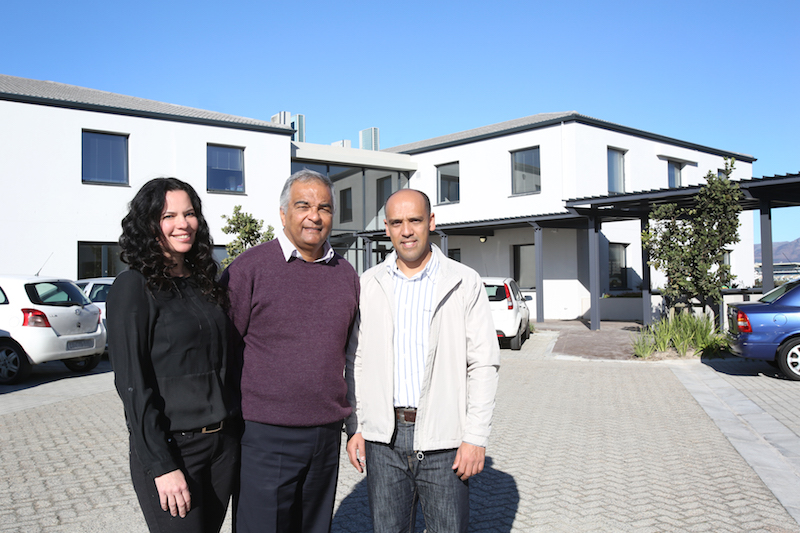 Thanks to a recent surge in demand, six of the seven office buildings in phase two of the Greenford Office Park in Kenilworth, have now been sold or let with strong interest being shown in the remaining block.

Raynard Haupt, project manager for the Rabie Property Group, said while the R80 million phase two of the Greenford office park had got off to a slow start, sales and lettings had picked up strongly in the past six to eight months.

“In fact so much so that only one block of 350m² remains and we expect this to be finalised shortly as more than one party is interested in this space.”

He said in the past week logistics company, Unitrans, had let a second building in phase two bringing their total footprint in Greenford to 2600m² to accommodate their head office. Construction of the 5600m² Phase two of Greenford, which is being undertaken by Big Ben Construction, is now nearing completion with the last handovers expected to take place at the end of July.

Greenford, which is adjacent to the Kenilworth Race Course, is a joint venture between Rabie Property Group and Western Province Racing.

Offices have been let in phase two at R110/m² with purchase prices varying from R13 700 to R16 000/m² depending on a number of factors including size, number of parking bays, balconies and patios. Other buyers and tenants include CCI, Pharmaceutical Society, Velile Tinto, Human Alliance and the Pedal Power Association.

Phase one of Greenford comprised 19 small office blocks totalling just over 10 000m². It is surrounded on three sides by a nature reserve and enjoys spectacular mountain views.