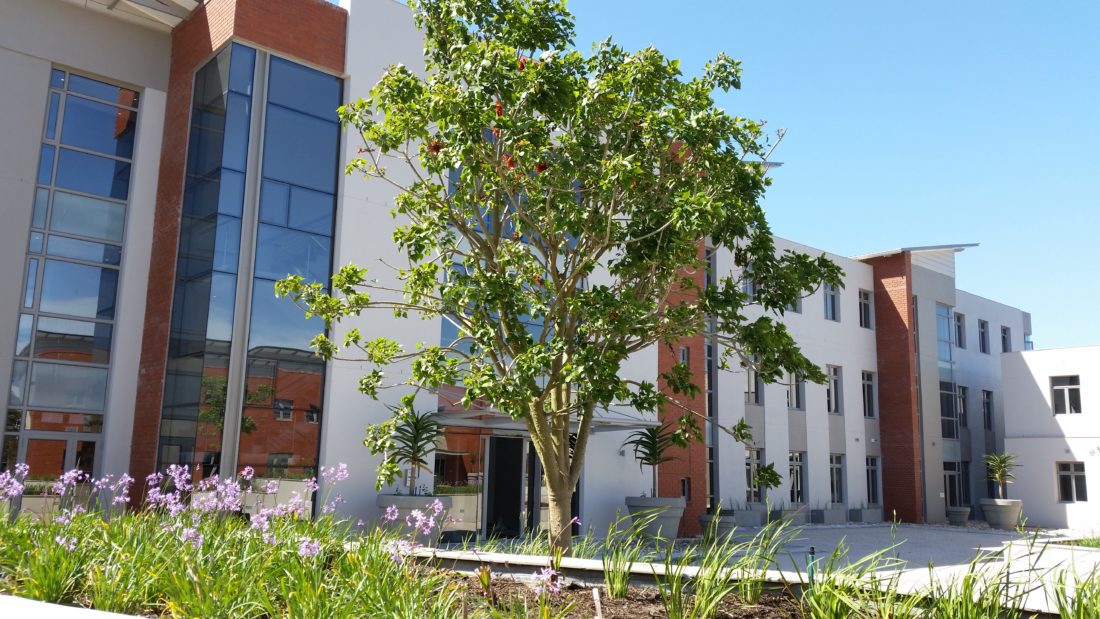 Buyers have snapped up 24 of the 37 sectional title offices in the R120m Grosvenor Square development nearing completion in Century City.

The 5364 square metre development is located on a high visibility site diagonally across the road from a new Intercare Day Surgery Hospital and Primary Care Centre in the sought-after Central Park precinct. The site is bordered by two of the main roads in the precinct, Century Boulevard and Century Way.

Mariska Auret, project manager with Rabie Property Group which is developing the project, said transfer is scheduled for end October with occupation expected from November onwards.

The development, she says, is ideal for small to medium size owner occupiers and tenants including medical consultants and specialists wishing to be located near to the new Intercare facility.

Auret said they expected strong interest in the remaining units and from tenants as the development nears completion, particularly given its very generous allocation of visitor parking bays  – a total of 29 in a secure square – and the wide array of other facilities in easy walking distance.

A total of 200 parking bays – 170 basement bays and 30 open bays – on a ratio of around 3,5 per 100 square metres will be provided. Units are selling at around R22 000 excluding VAT per square metre, inclusive of parking and A-Grade tenant installation, including all internal finishes and air conditioning. A limited number of store rooms are also available for sale. Rentals, she said, are around R155 per square metre for 2016.

The development has been secured by CCTV cameras and access control.