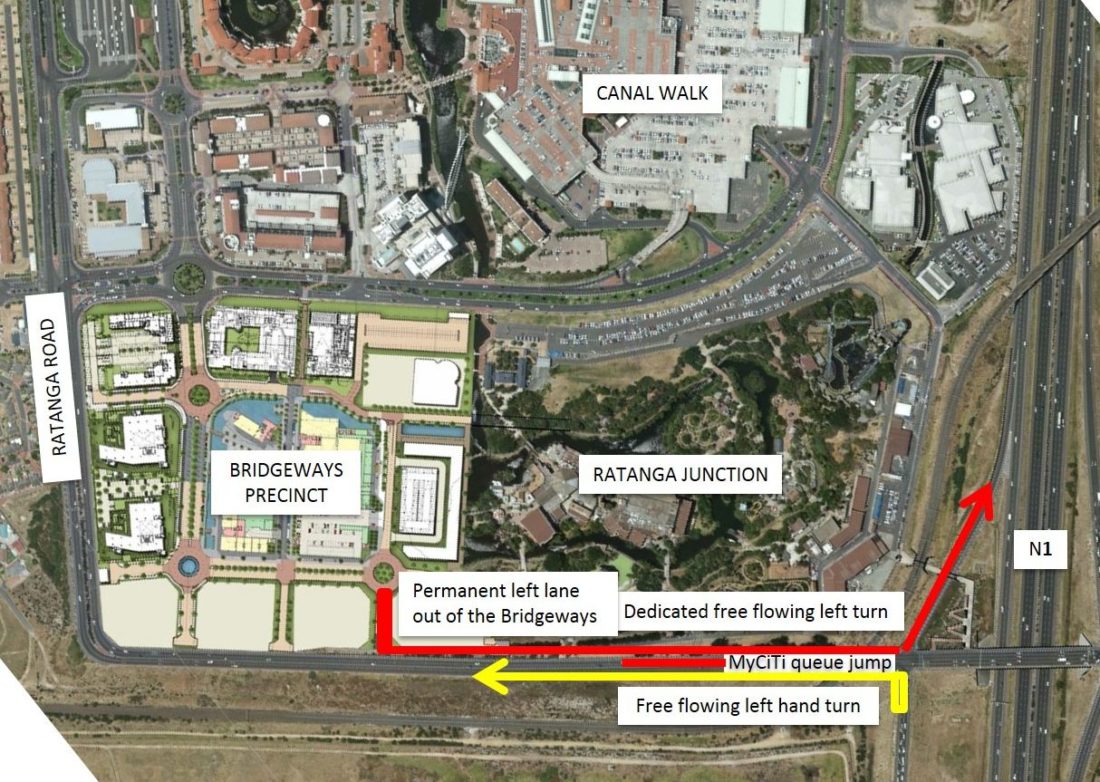 Chris Blackshaw, CEO of the Century City Property Owners’ Association, the non-profit company responsible for the day to day running of the burgeoning precinct, says any successful mixed-use development of the size of Century City, particularly one that includes a major regional shopping centre, generates heavy traffic flows especially in the morning and afternoon peaks and over holiday periods.

“However, apart from the odd occasion when a major traffic incident in Century City or a bottleneck on the surrounding national and/or arterial roads has adversely impacted on Century City traffic flows, traffic within the precinct generally keeps moving even at peak traffic times.

“That aside the CCPOA is taking extensive measures to further improve peak traffic flows while Rabie, as the developer of Century City, has committed to additional infrastructure upgrade projects which should significantly improve the traffic capacity and flow, particularly on Sable Road, and more than mitigate the extra traffic expected from additional projects coming on stream.”

He said the combined additional developments being undertaken in the new all-green Conference Centre precinct bordered by Century City roads Boulevard, Ratanga and Sable were expected to generate an additional 1000 vehicles in the peak morning and afternoon traffic hours. In the morning, about 80% of these will be inbound with the reverse situation in the afternoon.

Blackshaw said infrastructure projects being undertaken and due for completion in the second half of 2015 include the creation of an additional left turn only lane from Bosmansdam Road into Century Avenue; the creation of an additional permanent left lane out of the Bridgeways precinct into Sable Road with a dedicated free flowing left turn onto the collector distributor road (the road running parallel to the N1); a queue jump lane for the MyCiTi Bus on Sable Road to improve travel time to the railway station and a free flowing left hand turn from the N1 Exit 10 offramp into Sable Road going west towards Century City.

“The engineers say these measures will have the effect of reducing the current average afternoon peak hour waiting time (at the intersection of Sable Road with the west ramp terminal of the N1) of 31 seconds per vehicle to just 15 seconds per vehicle. A saving of over 50% even after taking into account the expected increase in vehicular traffic generated by Bridgeways.

“These measures are also expected to help alleviate the peak north bound traffic congestion at the Steel Bridge on the other side of Century City as motorists will now have the option of taking the dedicated left lane on Sable Road leading to the collector distributor road.”

He said CCPOA CCTV operators keep a special look out for anything out of the ordinary Century City roads and surrounding networks and response vehicles are immediately despatched to deal with any problems that are identified.

“In addition the timings of the traffic signals are constantly monitored and any required adjustments are immediately reported to the City of Cape Town’s Traffic Management Centre (TMC) for attention and the eight CCTV cameras we erected in 2014 to focus on traffic management have greatly improved our Control Centre visibility and response times.