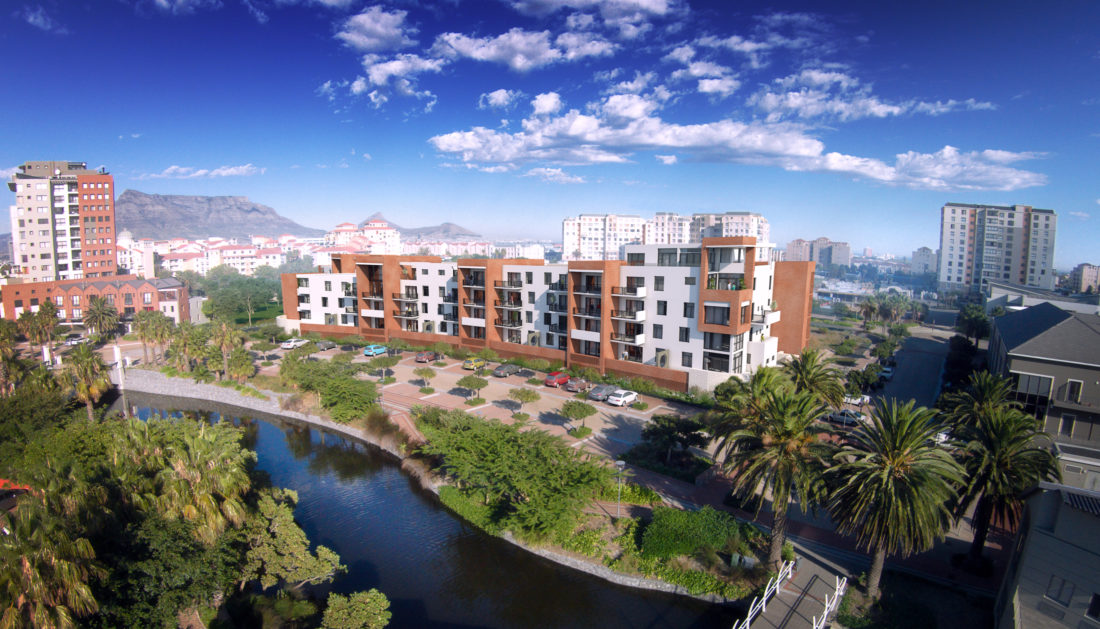 Buyers have snapped up 53 of the 63 apartments in Manhattan Quarter, Rabie’s latest residential development in Century City, ahead of construction starting.

Brian Usher of Property World, the on-site agency for new development sales at Century City, said apartments sold to date accounted for 84% in number and just over 80% in value with two of the remaining 10 units under serious negotiation.

“All the apartments in Manhattan Quarter are generously sized and units remaining include a spread of two and three bedroom apartments and even a four bedroom duplex so prospective buyers still have a good choice.”

He said the size of the units still available including balconies vary from around  104 square metres to 210 square metres.

“As such these apartments are perfect to live in and not surprisingly have been very popular with owner occupiers. This is not only due to their generous proportions but also the very convenient location of Manhattan Quarter which will be in easy walking distances of Canal Walk Shopping Centre, restaurants, a park, schools and creches”

Being developed at a cost of R150million, Manhattan Quarter is being built on a site adjoining Manhattan Towers –  a 15-storey block of 82 apartments set over a ground floor commercial component including a restaurant and conference facilities – and Manhattan Wharfside – a strip of single and double storey apartments fronting onto the Grand Canal. The existing Manhattan components were built in red facebrick and this architectural element will be carried through to Manhattan Quarter.

Apartments remaining to be sold are priced from R2,4million to R3,85million and all apartments will have secured, covered parking for two cars and overlook either  the Grand Canal or the largest public park in Century City.

The apartments will be housed in two adjoining blocks with a staggered skyline of three, four and five storey sections and serviced by two lifts off a central lobby with a desk for a concierge.

The rest of the Manhattan precinct is also being developed and will include a commercial component, a restaurant, a large park and a crèche.

Construction of Manhattan Quarter, which has been designed by Munnik Visser Architects, is to be undertaken by Big Ben Construction and is due to start this month with transfers scheduled for October 2016.