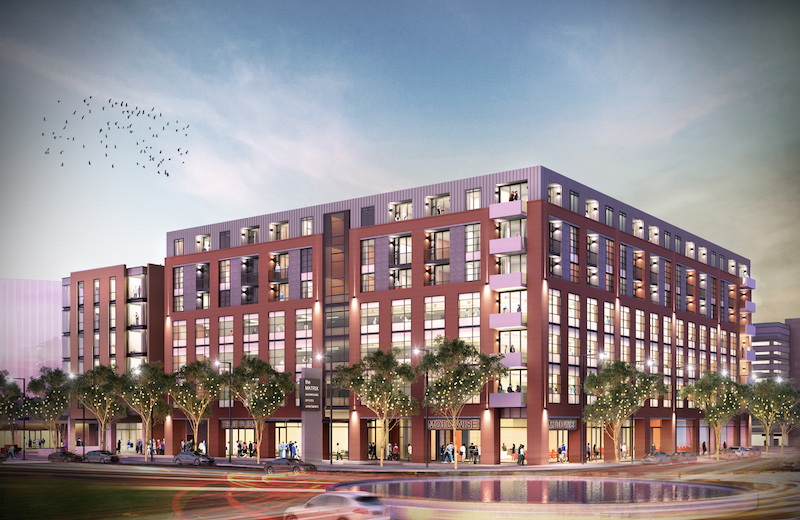 All 51 Matrix apartments sell out in under an hour

The 51 apartments in the Matrix, a high rise, mixed use property development under construction and which will form part of Century City’s R1 billion Conference Centre precinct, were sold within 45 minutes at a public launch recently.

This was the second residential project by the Rabie Property Group at Century City to sell out in less than an hour at its public launch. In October last year all 70 units in Mayfair Gardens were sold out within 45 minutes forcing the developer to release phase two of the development months ahead of schedule.

At the Matrix launch impatient would-be buyers queued at the doors to the venue several hours before the advertised time, desperate to secure one of the sought-after apartments. When the doors opened, some even broke into a run to get to the sales team who had the deeds of sale.

Less than an hour later, just under R100 million of prime Century City real estate had been snapped up off-plan in the form of one, two and three bedroom section title apartments varying in size from 45m² to 103m², and priced from R1,4 million to just over R3 million.

The commercial component of the Matrix comprises six double-volume retail units on the ground floor, ideal for high-visibility destination retail, and three floors of flexible office space ranging in size from 120m² to a full floor of 1 530m².

Rabie Commercial Broker, Sedica Knight, said the ‘funky, retro-styled’ office space offered by the Matrix was perfect for smaller companies who wanted to make a strong creative impact, but demanded the hi-speed connectivity of Century City’s world-class fibre-optic network, along with the ease of hiring meeting and board rooms in the neighbouring conference centre on a daily or hourly basis.

She said these had also received a favourable reception from the market and only three of the 24 office suites, ranging from 233m² to 260m² and priced at around R20 000/m², remain to be sold.

Transfer and occupation planned for early 2016.

For more information on commercial sales or letting, contact Sedica Knight or Jean Theron on 021 550 7000.