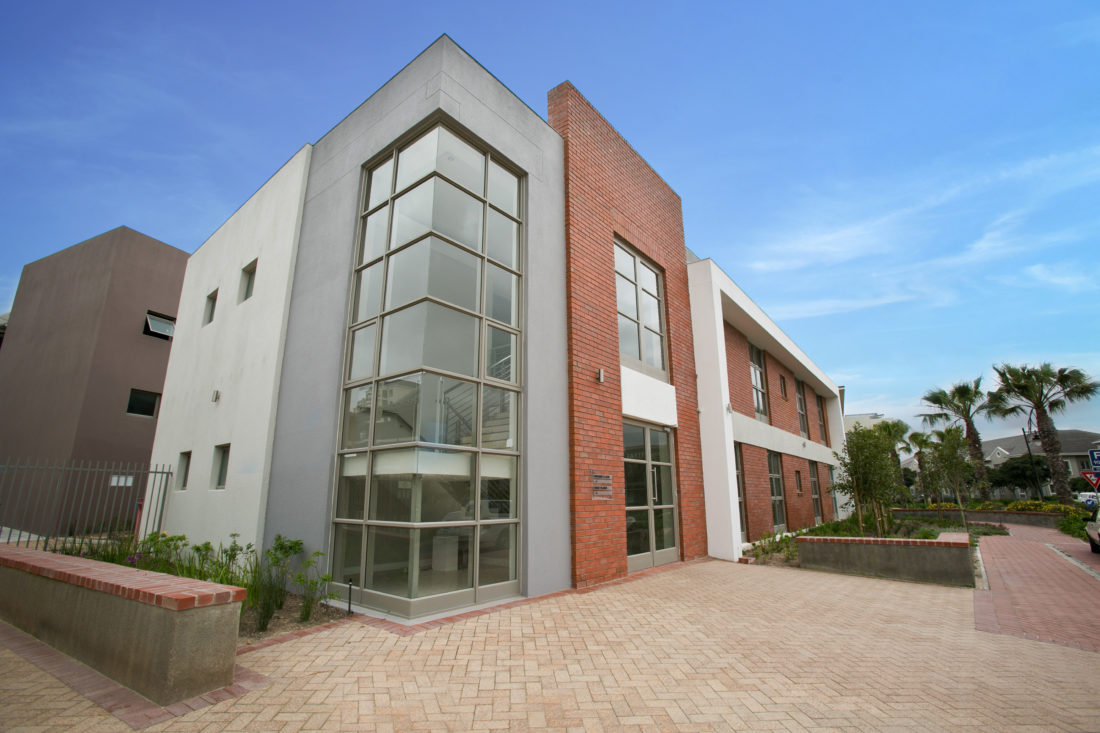 There has been a flurry of sales at the Mayfair Commercial development nearing completion at Century City with four of the six office buildings having now been sold to owner occupiers and strong interest being shown in the remaining two.

Comprising a total of 3000 square metres of sectional title offices, Mayfair Commercial forms part of a mixed use development and enjoys high visibility from Century Way, one of the major thoroughfares of Century City.

Jason Elley of Rabie Property Group, which is developing the project, said it had proven particularly popular with small owner occupiers wanting their own buildings and corporate identity.

He said Block A had been sold to an investor and let to financial services company iProtect while the other three blocks had been sold to companies who would be occupying their own premises. Block B had been sold to Ät The Gate, a company which specializes in access control and visitor management solutions, with Blocks C and D both being sold to IT companies, Methys and Velocity respectively.

All four buildings are nearing completion and will be ready for occupation in October.

Elley says the two remaining double story office buildings – one of 667 square metres and the other 374 square metres – both offer large exclusive terrace areas and parking on a ratio of four bays per 100 square metres. These buildings will also be ready for occupation by the end of the year.

“Now that potential buyers and tenants can see the high quality of the development, its great location and the high corporate exposure to be had, interest has picked up strongly and we expect the remaining buildings to go quickly.”

Elley said Mayfair Commercial was situated in an extremely popular node conveniently located in close walking distance of the MyCiTi bus terminus, Canal Walk Shopping Centre, restaurants, a school and a crèche and is just across the road from the largest public park in Century City.

“They will also be able to access additional parking at Century City’s e-parking facility and will have access to Century City Connect, Century City’s cutting-edge, open access fibre optic network which is enabling the country’s fastest voice, broadband and multi-media services from a multitude of Independent Service Providers.”

For further details on the offices contact Jason Elley or Sedica Knight on 021 5507000.