The 3000 square metre development enjoys high visibility from Century Way, one of the major thoroughfares of Century City, in an extremely popular node, and all buildings have front doors that interact with the street and generous sidewalk.

The development is also conveniently located in close walking distance of the MyCiTi bus
terminus, Canal Walk Shopping Centre, restaurants, a school and a crèche and is just across the road from the largest public park in Century City. Mayfair Commercial is also in close proximity to the new Intercare Day Hospital and Medical Centre.

For current availability, please check the OFFICES FOR SALE and OFFICES TO LET sections of this website 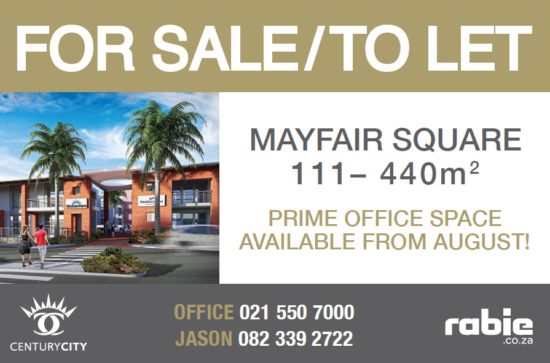