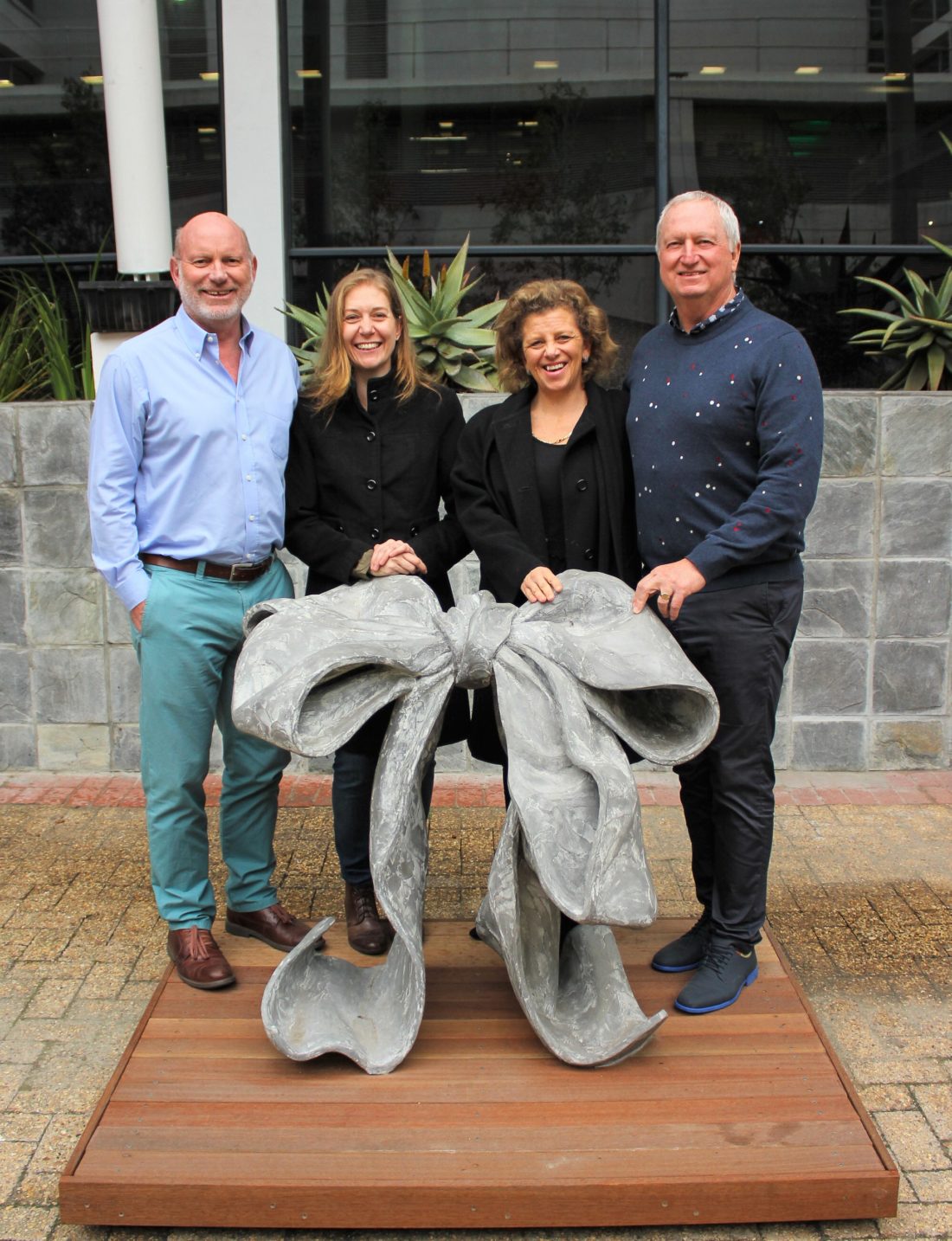 An exciting new sculpture has been added to Century City Art Trail. Concrete present is a 150kg concrete sculpture of a bow made by a ribbon, conceptualised and made by talented sculptor, Cristina Salvoldi. Cristina’s beautiful piece joins the collection of 25 art installations in the Century City Art Trail, which represent a varied spectrum of visual art – from wall art to a huge sundial, the repurposed Mirrlees Watson Beam Engine Flywheel from the Ratanga Junction Theme Park – now located in the canal – to 3 metre sculptures and architectural structures.

“The bow made of ribbon is delicate and flowing and thus associated with softness and movement. Movement in turn implies change and a fleeting quality that is synonymous with the passage of time.” says Cristina, “The polarities between hard and soft and between rigidity and flow reflect the dichotomy between tension and complementary nature of timelessness and time. The artwork aims to capture something fleeting in something that is timeless. I feel this duality ever present in the sculpting experience itself where a sense of timelessness can be felt in the moment. “ 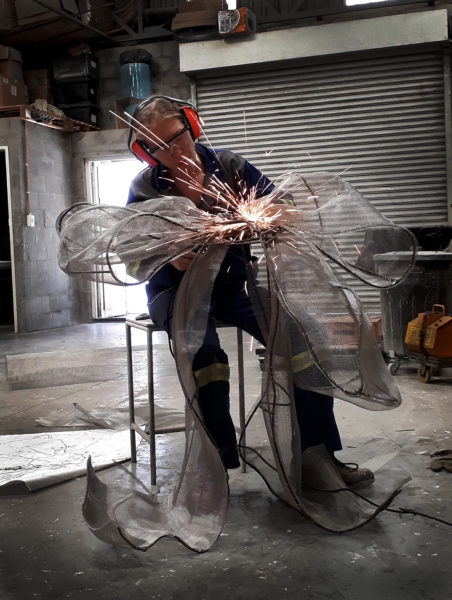 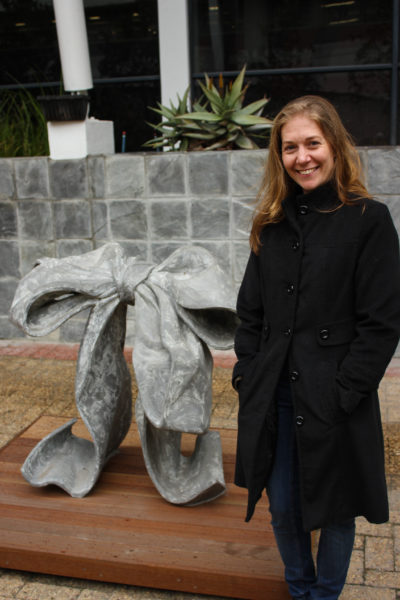 (Pictured: (1) Cristina preparing the framework for the sculpture (2) Cristina with the completed “Concrete Present” )

Cristina is Namibian born, resident in Cape Town since 2003. She has taken part in Namibian group exhibitions as well as in Berlin while on an artist residency program and is currently exhibiting some of my work in galleries in Stellenbosch, Simonstown and Clarens.

“Art is an essential component of any city, as it helps provide a soul to the bricks and mortar, and the aim of forming the Century City Arts Foundation, a Public Benefit Organisation (PBO non-profit company), in 2017 together with the Century City Property Owners’ Association (CCPOA), was to promote both performance and visual arts within Century City” says John Chapman, Director at Rabie Property Group.

Concrete Present can be viewed on the pedestrian walkway between Century Boulevard and Kinetic Way, alongside Virgin Active. This display area will be used for temporary art installations, with the aim of moving artwork to alternative locations should it become part of the permanent display in the Century City Art Trail.

Concrete Present is currently on loan to Century City and any interested parties who wish to purchase the artwork can contact the artist via Century City.