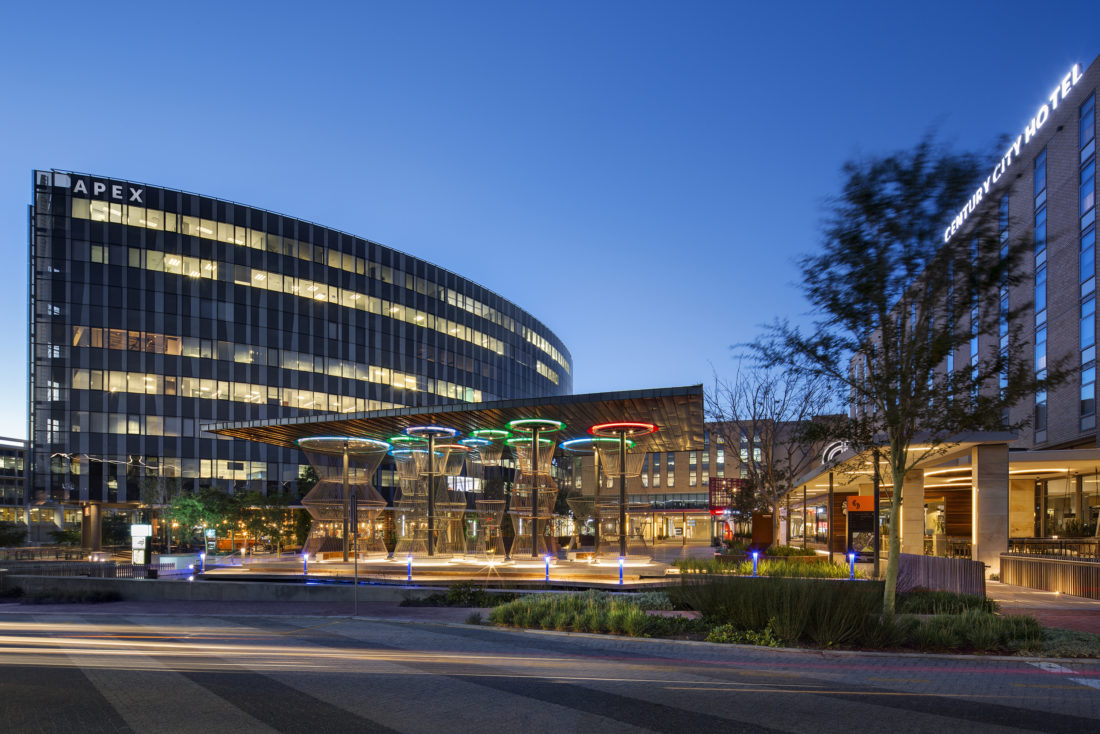 Century City Square, which was also named the country’s top mixed use development by the South African Property Owners Association for 2017, comprises a 1 900 seat Conference Centre over 20 venues, a 125 room hotel,  51 residential apartments, three office blocks, five restaurants and boutique retail and showrooms set around a public square. It is served by 1330 parking bays situated in an adjoining structured parking garage and in a super parking basement.

Rabie director Colin Anderson told delegates to the 2017 Green Building Convention that they were very fortunate at Century City, particularly with the current water crisis, to have a dual water supply, namely potable and non-potable water.

He said treated effluent is pumped to Century City from the Potsdam Water Works where it undergoes some further filtration and is then used for irrigation throughout Century City and for flushing toilets and in the AC cooling towers in many of the green developments that have come on stream in recent years.

“In fact close on 80% of all water consumed at Century City is from treated effluent.”

Anderson said another sustainable engineering solution Century City has are its canals.

He added that to date 296 commercial properties had received Green Star accreditation but only four residential buildings had so far been accredited.

“I certainly believe the industry needs to have a big marketing drive to prove to the residential market the need and benefit of sustainable Green Star accredited residential buildings.”