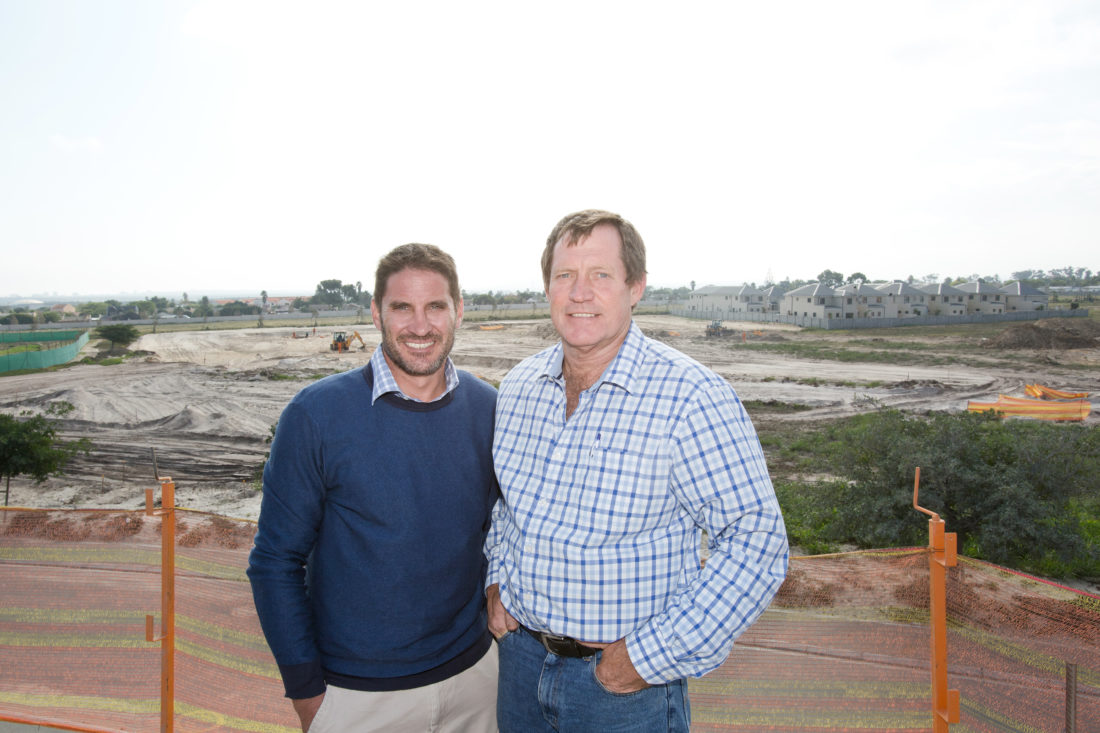 The momentum keeps building at Rabie’s  Zarina development in Burgundy Estate Cape Town where  total sales since its November launch have topped R130million bringing to more than R330million the value of sales they have achieved in the estate since they joined forces with Nedbank in mid-2015.

Zarina is the second development to be undertaken by the joint venture. The first development  – Vermont – which consists of 190 one, two and three bedroom apartments was acquired in its entirety at cost of R200m by a private investor for rental stock.

Brian Usher, Sales Director of Property World, the on-site sales agents for Rabie, says phase three of Zarina was released to the market in early April and since then  they have been inundated with prospective purchasers with 22 sales having been signed up in the first two weeks of April alone and further sales pending.

“This is a big jump from the five to 18 sales per month we have been doing since the November launch when we notched up 57 sales.”

Usher said the launch of the final phase of the R200m  Zarina project, which has been pre-approved by all the major banks, coincided with the opening of their new Sales Centre where prospective buyers are able to view a model of Zarina and floor plans.

“This has sparked considerable interest as has the activity on site – civils started in March and construction is now under way which gives confirmation and peace of mind to would-be buyers that the development is going ahead in the proposed timelines and will be complete and transferred in mid-2017.”

He said the fact that the development included a range of communal facilities such as a swimming pool with braai facilities and change rooms, a laundry, playparks and open green spaces added to its appeal as these were not offered by other developments within Burgundy Estate.

“But probably the most significant factor behind the increased sales momentum has been word of mouth with many purchasers coming to the Sales Centre on the recommendations of friends or family who have already bought an apartment or townhouse.”

Phase three comprises 82 two bedroom two bathroom apartments in five blocks of three storey walk-ups. Units range in size from 75 square metres to 85 square metres, including balconies, and are priced from just over R1million to R1 220 000.

Most of the apartments in phase three will be sunny north facing units but there are also some with spectacular views of Table Mountain and the sea.

All units will have fitted kitchens with gas hobs and granite counters as well as energy saving heat pumps while top floor units will also have built in braais. The entire development will have perimeter fencing with a gatehouse and 24 hour manned security. Each apartment will have one allocated parking bay with a further 117 bays available for communal use and visitors.