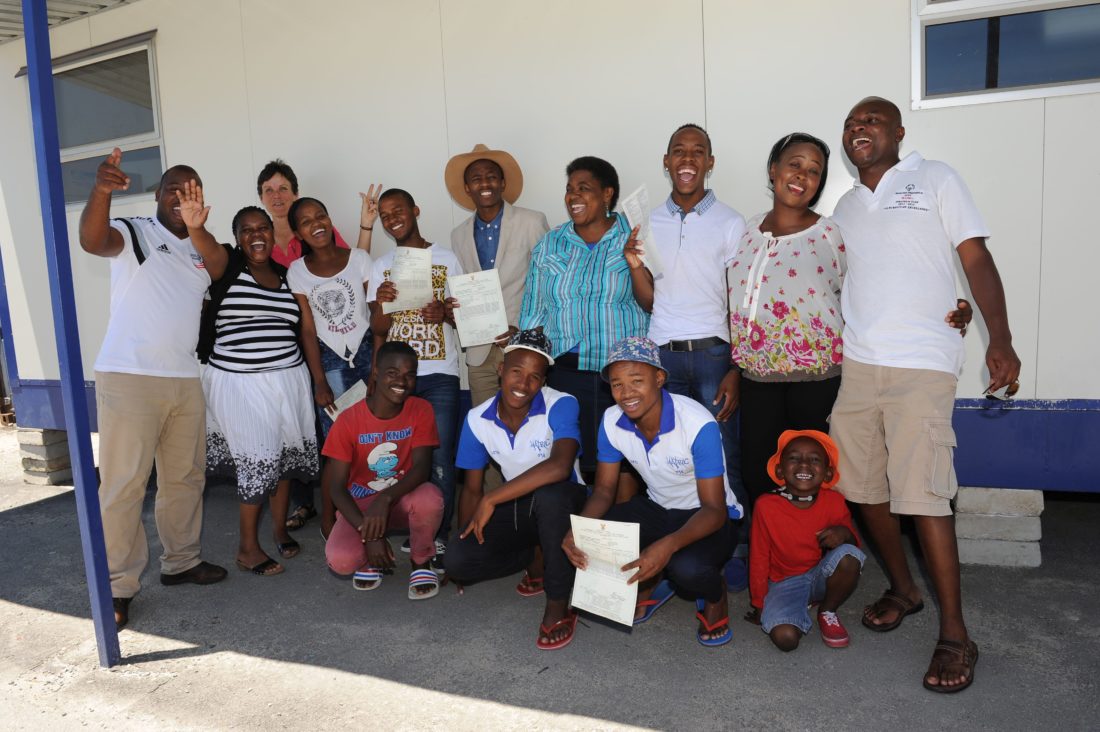 Sinenjongo High School in Joe Slovo Park in Milnerton, which has lifted its pass rate from 27% seven years ago to above 85% for the past four years – has done it again this year achieving just under 90% pass rate!

What is even more exceptional is that this was achieved on a 50% increase in the number of learners writing the final exams!

Of the 137 learners who wrote the 2014 matric examinations, 122 passed with 13 of the 15 who failed qualifying to write supplementary exams.

This compares to 91 learners writing the final exams in 2013 when 85 passed.

Seven years ago when the Rabie Property Group adopted Sinenjongo as the major beneficiary of its Corporate Social Investment programme, there were only 34 matriculants against 180 learners in the younger grades. Rabie sponsors, among other things, the salaries of five additional maths and science teachers as well as a number of programmes at the school aimed at increasing proficiencies in English, maths and science.

“We initially concentrated on lifting the pass rate but in more recent years the school has really worked hard at retaining more and more learners within the system and is making huge strides in this regard which is extremely pleasing. For 2015 we are expecting a matric class in excess of 150!,” says Maggie Rowley, Communications Manager at Rabie.

The top learner at Sinenjongo this year is Nomakhakhayi Mandiphiwe who achieved five distinctions. Nomakhakhayi, who is currently in the Eastern Cape on holiday, plans to study at UWC this year.