Sinenjongo High School in Joe Slovo Park in Milnerton, which is sponsored by the Rabie Property Group, achieved a 90,6% percent pass rate in the 2015 matric examinations.

This is the fifth consecutive year that the school has achieved a pass rate of around 90% or higher.

Not bad given that eight years ago, when Rabie first got involved, the pass rate was an abysmal 27%!

Of the 149 learners who wrote the 2015  matric examinations, 137 passed with most of the 14 who failed qualifying to write supplementary exams.

When Rabie first adopted Sinenjongo as the major beneficiary of its Corporate Social Investment programme, there were only 34 matriculants against 180 learners in the younger grades but the number of learners being retained in the school system has improved incrementally over the years.

Rabie sponsors, among other things, the salaries of five additional maths and science teachers as well as a number of programmes at the school aimed at increasing proficiencies in English, maths and science.

The top learner at Sinenjongo for 2015, is 17-year-old is Sinoxolo Cotyi who achieved seven distinctions. Sinoxolo, who has been awarded a full bursary by MasterCard, has been accepted for a BSc degree at the University of Cape Town with his sights firmly set on becoming a Forensic Pathologist.

Rabie congratulates the dedicated and hard working staff and the learners for this excellent achievement! 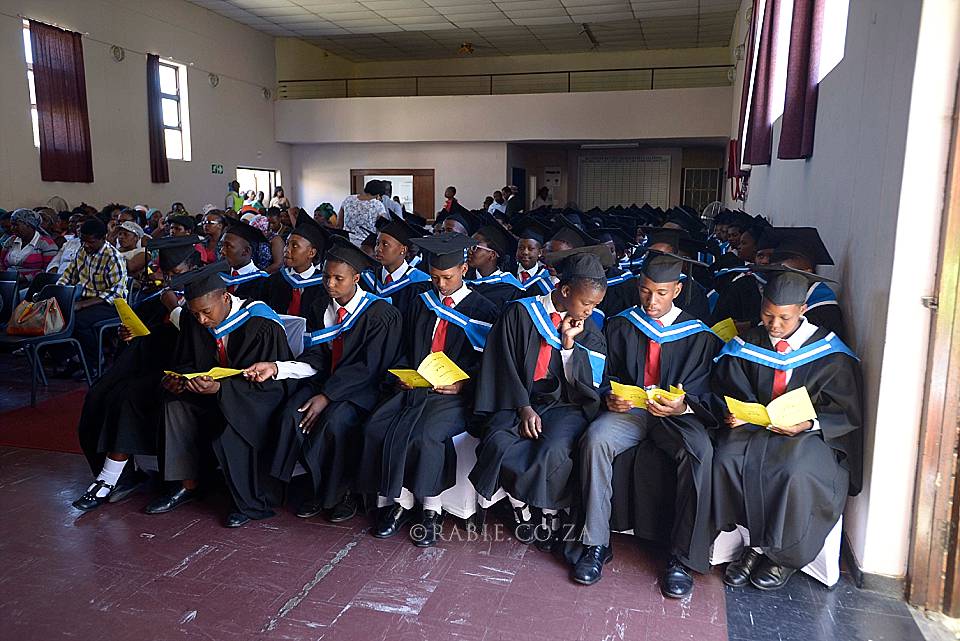