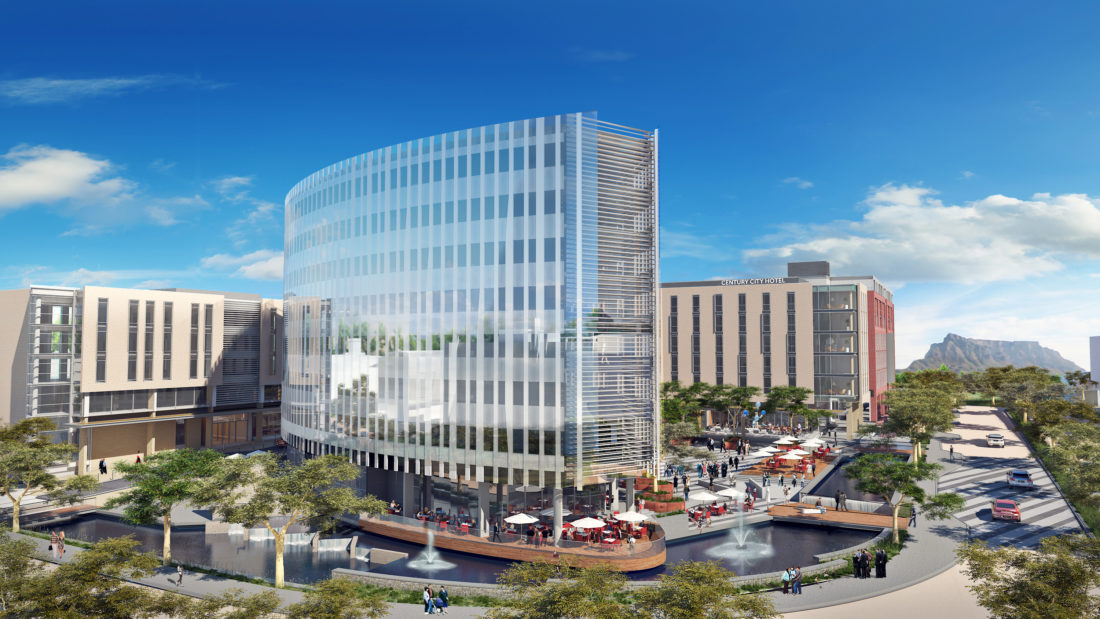 Six restaurants in Century City Square, the new commercial and hospitality hub of Century City currently under construction, have been let and will open in February next year.

The restaurants, which will flow onto the Square, are Tiger’s Milk, Seattle Coffee, an Eastern fusion restaurant, Punjab, and Café Frank. In addition, in the Century City Hotel three venues – a restaurant, a deli and a bar – will anchor the other side of the Square.

The largest of the restaurants will be the 268 seater Tiger’s Milk which will be housed in the iconic Apex building which will also be home to both Punjab and Café Frank.

All the restaurants will offer both inside and outside seating onto the water or onto the Square, the latter of which will be energized with adhoc events over weekends and public holidays.

In pride of place in the Square will be the Folly which will serve as a visual focal point and a stage for Square events.

Colin Anderson, director of Rabie Property Group which is undertaking the mega development, said restauranteurs had shown strong interest in the Square and all available space had been let almost six months ahead of completion.

“We believe we have a very good  mix offering great choices from early morning breakfasts to lunches, dinners and late night cocktails.”

Plenty of parking for the Square- in fact over 1300 bays – will be provided in both a basement garage as well as structured parking to serve all elements of the Square. These include the Century City Conference Centre which will cater for 1200 delegates over 20 venues, the 125 room Century City Hotel, 15 000 square metres of offices and 51 apartments. The entire development will come on stream in February 2015.

Anderson said there had also been strong interest in the office component of the Square and a number of large leases with top international corporates were currently being finalised.

“There are also a limited number of retail stores available,” he said.