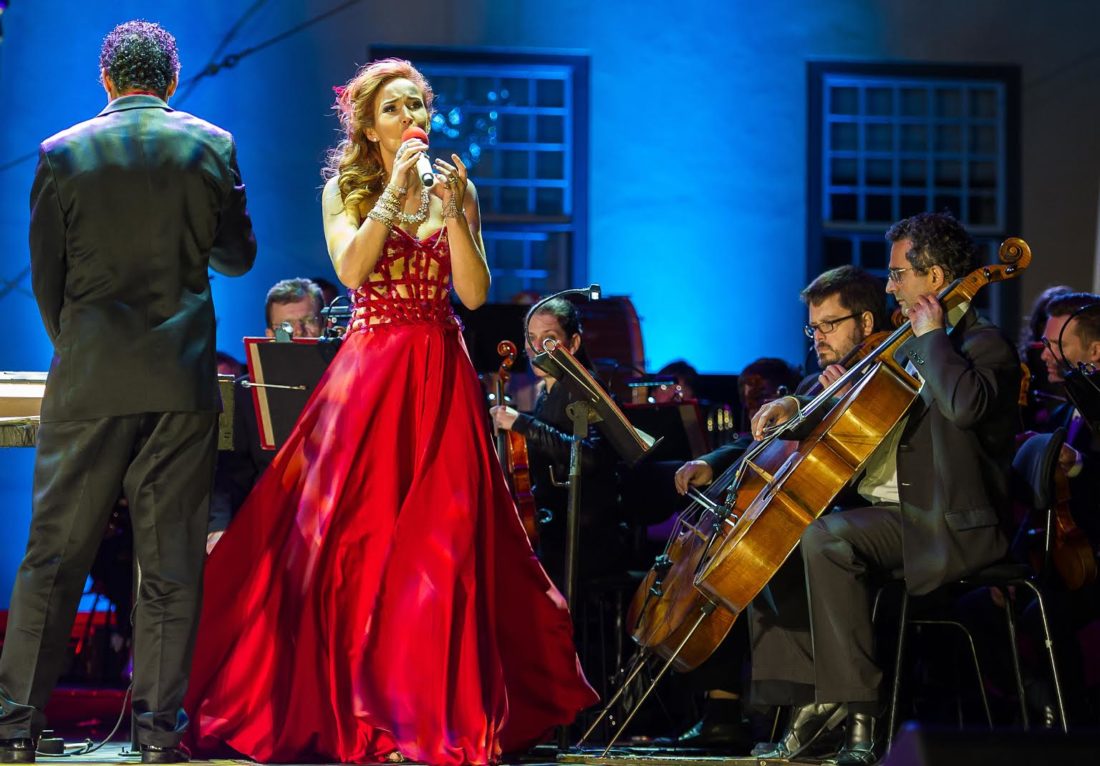 Valentine under the STARS, the most romantic open-air concert on the Cape Town calendar returns for the third time on 14 February 2016 at a spectacular all new venue – the Century City Conference Centre and Hotel – to mark its official opening.

The CCCC and Hotel is comprised of two of the three buildings that will form the focal point of Century City Square, a beautifully proportioned space offering guests the opportunity to socialise, relax, dine and be entertained.

On Sunday 14 February 2016, internationally acclaimed musicians will perform alongside the Cape Town Philharmonic Orchestra to create a ‘classic-meets-pop’ concert filled with love and romance, all under the magnificent Cape Town night sky at the stunning new Century City Conference Centre, which celebrates its opening on the same evening.

Performances will include internationally recognized South African soprano Magdalene Minnaar, together with soprano Lynelle Kenned, a star graduate of the UCT Opera School, who made her acting debut in the musical theatre production of Blood Brothers, a David Kramer adaptation of the West End’s smash hit.

An exciting addition to the line up is Afro-operatic pop sensations The Gugulethu Tenors who have become a household name in South Africa since the release of their self-titled debut album in 2011. These self taught artists have incorporated contemporary and subtle ethnic elements in their music, to make their own genre, capturing the hearts of audiences across South Africa and beyond with their raw talent.

Sharing the stage is Jonathan Roxmouth, who sky rocketed to fame after his performance as the Phantom in South Africa’s premier classical show Phantom of the Opera. With an already amazing repertoire, Jonathan is renowned for his theatre performances and is set to make this evening even more magical.

The evening will be hosted by Katlego Maboe, host of magazine show Expresso and the man who brought the crowd to their feet in dance at last year’s concert.

Together with the Cape Town Philharmonic Orchestra (CPO) these performances will create a romantic, spellbound and unforgettable evening under the stars.

Comments Joint CEO of the CCCC and Hotel Pty (Ltd) Gary Koetser, “The CCCC is part of a significant private equity investment by the Rabie Property Group to promote business travel to the Western Cape. With our launch date scheduled for February 2016, it was only fitting to be involved with VUTS. VUTS and Century City Conference Centre and Hotel are in synch with what they each represent – bringing people together in a beautiful location for a spectacular event.”

“Opulent Living is renowned for world class events and we expect VUTS to be no different and we look forward to a long and successful partnership,” added Joint CEO Glyn Taylor.

‘’Since inception Valentine under the STARS has positioned itself as the most magical and memorable Valentines Day event on the social calendar. What started as a dream of creating a night of love and romance has truly blossomed into something which is growing bigger and better every year,” commented concert founder and event organizer Barbara Lenhard.

“We have a few surprises install for our guests and I am thrilled to announce we have Lindt South Africa with their LINDOR brand creating magic with us again and together with Rabie and the CCCC, it is simply the perfect fit.”

General admission tickets will be sold at R350 through Computicket. Limited VIP tickets will be on sale at R1500 per ticket which includes prime seating, complimentary food and drinks before, during the interval and after the concert in the elegant VIP lounge. VIP guests will also have an opportunity to meet the extraordinary stars. If you are interested in a VIP tickets please contact 0214331699 or email to info@valentinestars.co.za

Doors open at 18h30. Beverages and meals will be on sale.