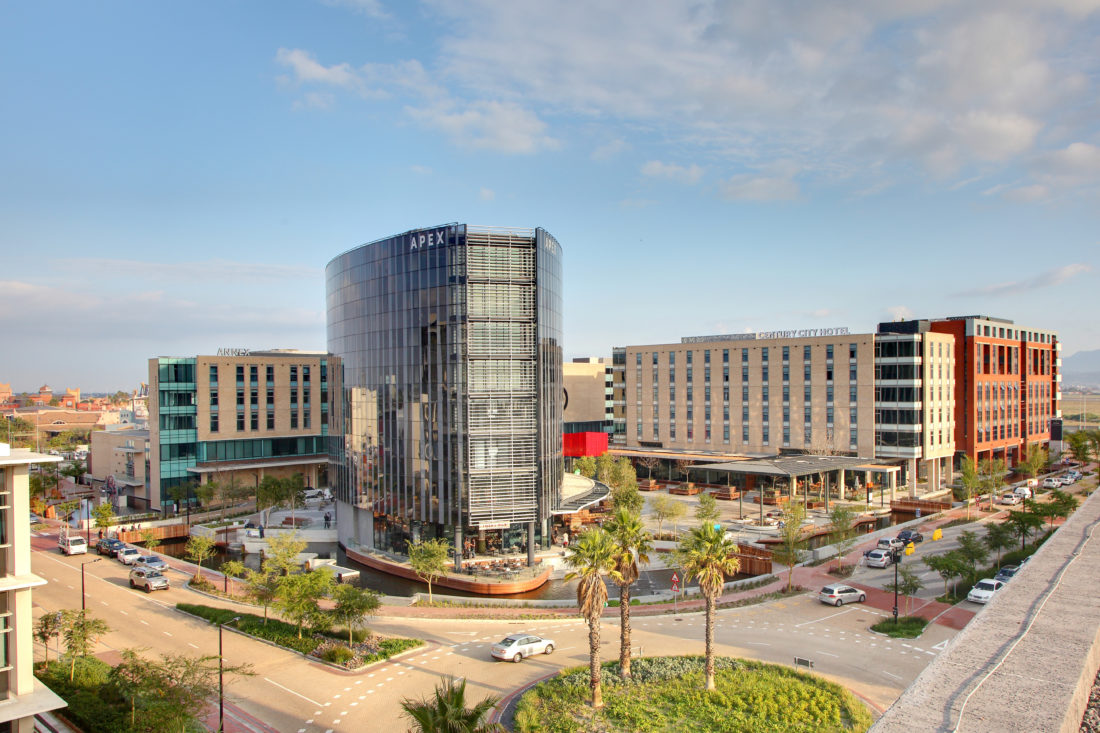 Century City Square, the new commercial and hospitality hub of Century City, has raised the bar at Century City creating a vibrant new precinct reminiscent of some of the trendy spots found around Bree Street in the Cape Town CBD.

Developed at a cost of R1billion by Rabie, the Square comprises a 1200 seat Conference Centre, a 125 room hotel, offices, apartments and restaurants all set around a bustling public square where an exciting and varied programme of public events is planned.

The Conference Centre, which is a response to market demand, has been designed to complement Cape Town and Century City’s existing facilities. It has been warmly received by the market and bookings for conferences, functions and expos have been flooding in.

The focal point of the Square is Impromptu, a work of art that celebrates South Africa’s diversity and its 11 official languages, each of which is represented by a decorative column, the diameter of which is proportionate to the percentage of South Africans who speak it as a first language. Of interest, Zulu is the most widely spoken, followed by isiXhosa, Afrikaans and then English. We urge you to pay a visit to Impromptu and read the interesting story board.

In terms of the office component, there are three different buildings, the largest of which is the Apex, an iconic eight-storey building comprising 7900 square metres of offices. Global financial and news organisation, Thomson Reuters, has relocated its Cape Town offices to the Apex and is spread over the first three floors with floors four to seven – each of 1128 square metres and offering stunning views – is available to be let from R165 per square metre.

The second office component is the Matrix, a mixed-use building consisting of ground floor retail/showrooms, three storeys of sectional title offices totalling 4500 square metres and 51 residential apartments set over a further three storeys. All 24 office suites in this building, with its edgy mix of retro and contemporary architecture, have been sold and a few opportunities for leasing are available for smaller users. An apartment in the Matrix recently resold at a R47 000 a square metre, a record for Century City.

And across the road but also overlooking the Square is Bridge Park, the new home of Absa in the Western Cape. 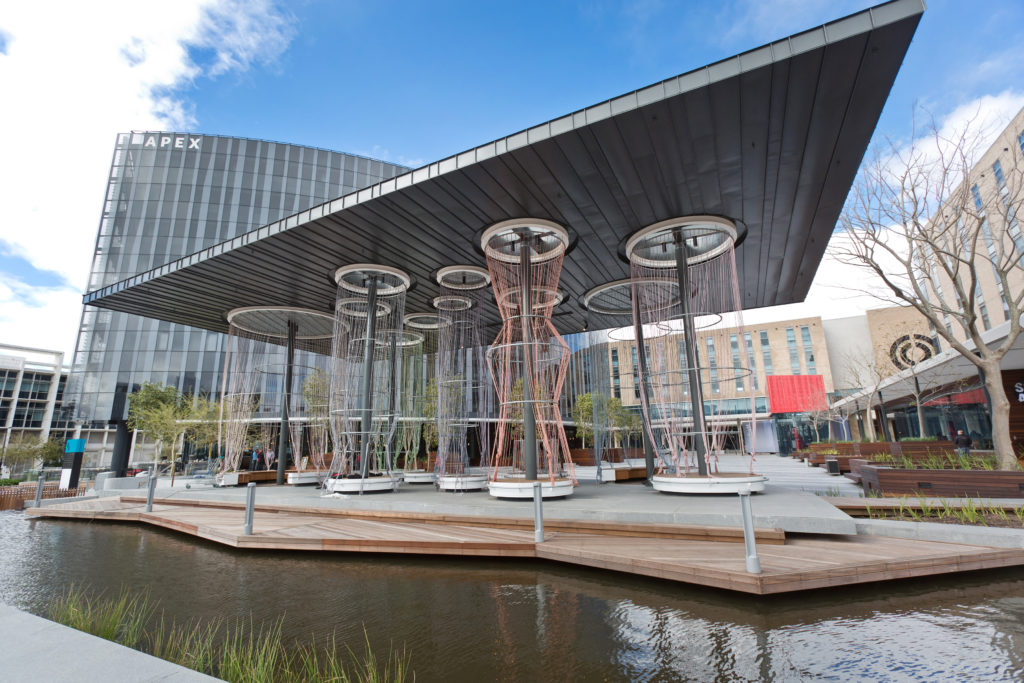