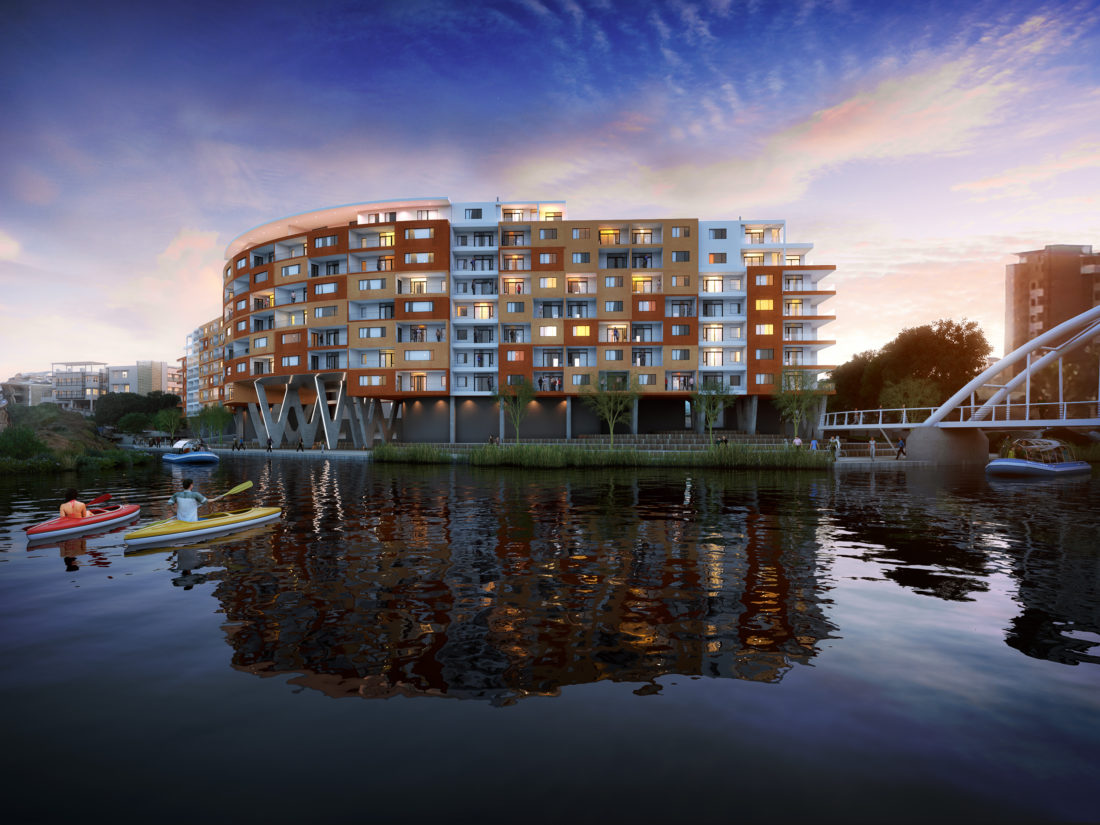 A staggering 106 of a total of 144 apartments in Waters Edge, Rabie’s latest residential development at Century City, were snapped up at the launch,  for a total value of R257million.

“This represents a 70% sell out and is the highest value of sales we have achieved at a launch for many years,” says Brian Usher of Property World, the dedicated on site sales agents for Rabie.

“And that is in spite of the fact that, due to its intricate design and its unique location, the average selling price of R32 000 a square metre is higher than most other residential developments undertaken at Century City to date. But that is because it still offers exceptional value for money and prices are significantly lower than comparative developments in the City Bowl and elsewhere.

“In addition, the fact that this is the last residential development, other than at the Oasis Luxury Retirement Resort, that will be undertaken at Century City for the foreseeable future and not until the Ratanga precinct is redeveloped, is also strongly underpinning sales.”

Usher said Waters Edge, which is being built a cost of R350 million, will be a truly spectacular development situated on arguably the most prestigious site at Century City, backing on to Canal Walk Shopping Centre but overlooking the 16ha Intaka Island wetlands reserve.

The eight storey building is built on a plinth which elevates the height of the structure by two floors and allows for pedestrian movement and extensive landscaping of the ground level plaza. Units vary in size from 62 square metres to 205 square metres, including balconies, and are priced from R1,775million to R5,75million.

Construction of Waters Edge is expected to start in April next year with completion scheduled for late-2017.

For further inquiries go to www.watersedge.cc  or telephone Brian on 0825717024.