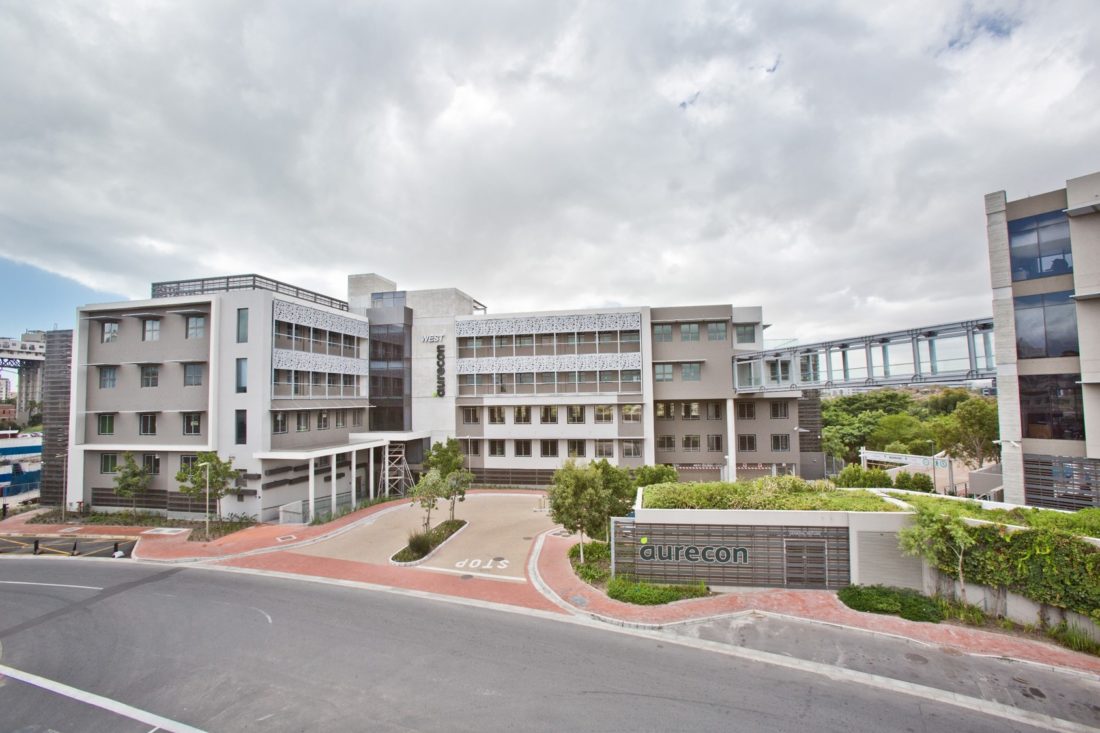 The 3300 square metre building  has been built adjacent to Aurecon’s original 7000 square metre premises which was in fact the first office building in South Africa to receive a 5-Star Green Star rating.

Aurecon was responsible for the design of all the engineering services of the project and also the Green Star Rating application, with assistance from Ludwig Design Consulting.

Developed by the Rabie Property Group for listed property development and investment group, Ingenuity Property Investments, Aurecon 2 brings to 10 the number of Green Star rated buildings at Century City and to six the number that have achieved a 5-Star Green Star rating.

The other buildings to achieve five stars are Bridge Park East and West, which were also developed by Rabie Property Group, and No 17 Park Lane which is home to the Auditor General and which was developed by Asset Matrix. The sixth 5-Star rated building is Chevron.

All the other Green Star rated buildings at Century City have achieved 4 Stars. They include the Business Centre and No 3 Bridgeways (home to Philip Morris) – both developed by the Rabie Property Group and both of which have achieved 4-Star ratings in the Design and As Built categories.

A number of other applications for Green Star ratings are still pending including that of the Century City Urban Square which has been developed by Rabie at a cost of R1billion and which includes a Conference Centre, a 125 room hotel, offices, apartments and restaurants in five buildings fronting onto a public square.

This development is in fact registered with the GBCSA as a pilot project for a new mixed use rating tool.

Bridge Park and Chevron’s respective applications in the As Built category are also still pending.

Rabie director, Colin Anderson, said their vision was to have the biggest concentration of green buildings in one precinct and this they were attempting to do in the Conference Centre precinct which is home to not only the buildings around the Square but also Chevron, Bridge Park, Nos 3 Bridgeways and the Business Centre.

“We firmly believe that by building green buildings, coupled with the roll out of Century City Connect – the high speed fibre optic network which enabling the fastest connectivity speeds in Africa – we are ‘future proofing’ our buildings.”