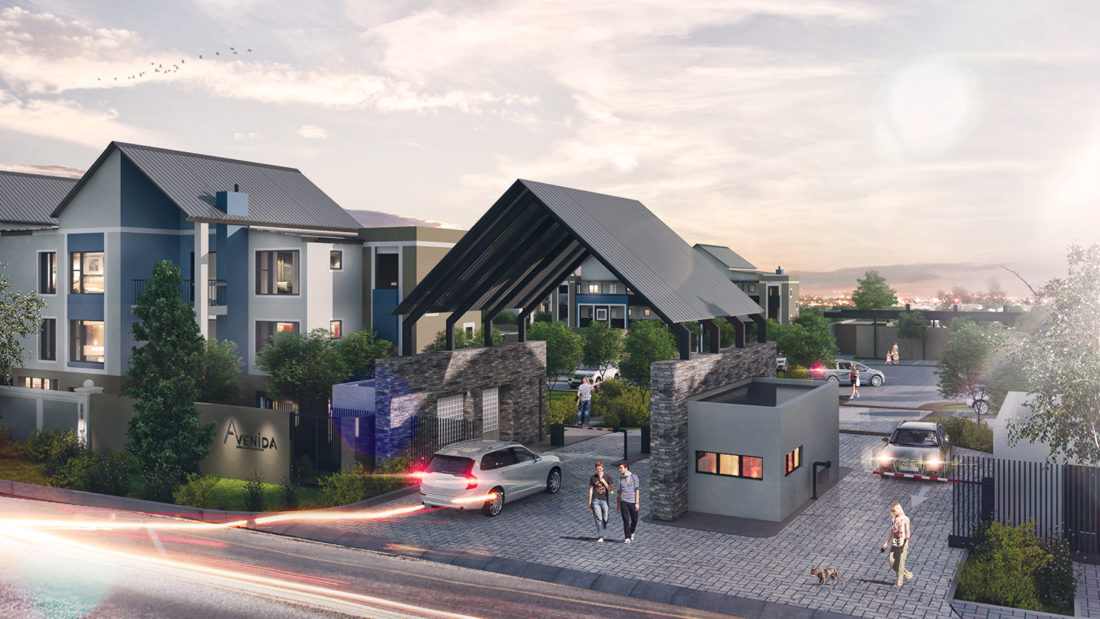 The second phase of Avenida Burgundy Estate apartments, a secure development to be undertaken by the Rabie Property Group, is to be launched next weekend (February 25 & 26).

It follows the near sell-out of phase one where buyers have snapped up around 50 apartments since its launch in October last year.

Being launched over the weekend of February 25 and 26, are 12 one bedroom apartments; 10 two bedroom, one bathroom units and 48 two bed, two bath apartments.

Generous parking is offered on the ratio of one bay per bedroom with plenty of secure visitor bays also provided.

When fully developed, Avenida Burgundy Estate apartments will comprise a total of 183 apartments and eight townhouses and will boast wide open spaces with a number of pocket parks and lush landscaping, as well as a host of other communal facilities including a swimming pool and clubhouse, braai  facilities and a children’s play area.

Many of the apartments, which will be built in a cluster of three storey buildings, will enjoy panoramic sea and/or mountain views or overlook green open spaces.

All apartments will have Fibre to The Home providing residents with high speed internet connectivity while the top floor apartments will all have private braai facilities.

Brian Usher of Property World, the exclusive on-site agents, says phase one had proven extremely popular with both investors and owner occupiers.

“Rabie has really raised the bar at Burgundy Estate since they entered this market two years ago as a joint venture partner with Nedbank. The larger size of their developments has bought an economy of scale which has enabled them to provide a range of amenities which smaller developments were unable to. “

Development Director, Miguel Rodrigues says, as with Rabie’s other developments at Burgundy, a stone clad entrance will provide a strong sense of arrival at Avenida.

He said construction of Phase 2 of Avenida was due to start in May this year with completion scheduled for May/June next year.

Avenida is the fourth development to be undertaken at Burgundy Estate by Rabie.

The first was Vermont, comprising 190 one, two and three bedroom apartments which has been acquired in its entirety by a private investor for rental stock. Construction of Vermont is being phased with final completion scheduled for April this year. The more than 100 apartments to date have all been let.

Vermont  was followed by Zarina, a development of 181 apartments and townhouses of which 176 units including all the apartments have been sold with only five townhouses remaining to be sold. Zarina is due for completion in September 2017.

The third development being undertaken by Rabie at Burgundy is Springfield where 68 freestanding homes are planned and which has also attracted strong market interest.

For further details go to www.burgundyestate.capetown