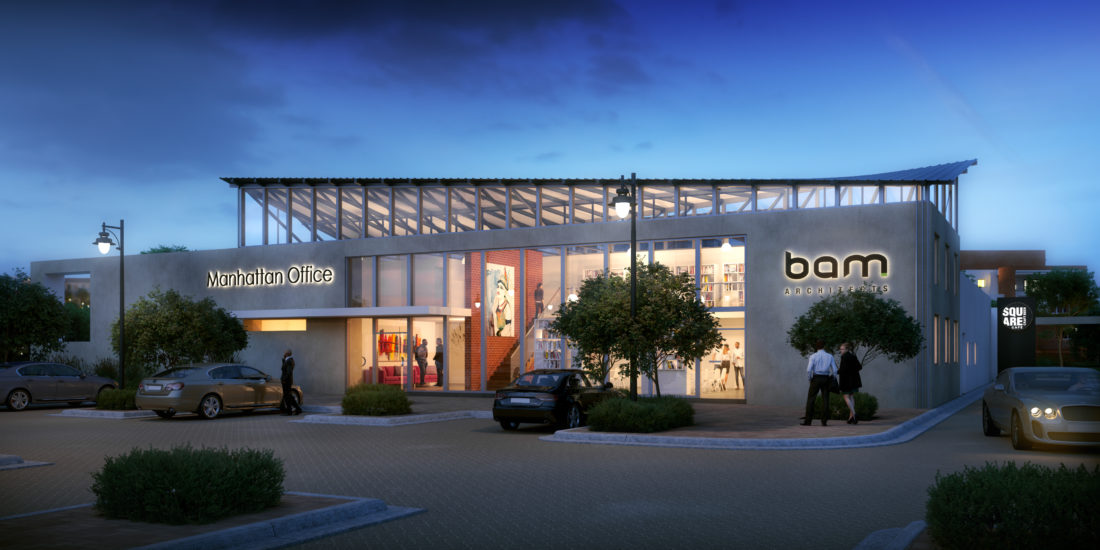 Award-winning architectural firm, Bam Architects, is to relocate to Century City where it has bought a two storey standalone office block.

The office block, which will comprise a total of 374 square metres, will overlook the largest public park in Century City.

Principal architect, Chris Bam said they had been in their current premises in The Palms Centre in Woodstock for 16 years and it was time for a change.

“Century City is extremely well located and is good for our clients.

“Besides, what the Rabie Group has done at Century City is superb. It is a delightful precinct and offers a great lifestyle with every conceivable amenity right on the doorstep.”

Bam  said their new offices were in spitting distance of the Grand Canal which was exciting for him and his staff as a number of them were keen canoeists.

“What better than to go for a canoe around Intaka Island wetlands reserve before or after work or even at lunch time. The location is really difficult to beat.”

Bam added that another reason for their move is that they had been renting their Woodstock premises but now had the opportunity to own their own premises in the heart of Century City.

Bam Architects have designed a number of buildings at Century City namely the Virgin Active and The Quays mixed use development. Their latest development in the precinct is The Terraces residential complex currently under construction with the entire development of 144 units having been sold to an investment company.

The Manhattan precinct comprises Manhattan Towers –  a 15-storey block of 82 apartments set over a ground floor commercial component including a restaurant and conference facilities – and Manhattan Wharfside – a strip of single and double storey apartments fronting onto the Grand Canal which were completed a number of years ago.

The latest addition to the precinct is the mixed use Manhattan Quarter which comprises 63 apartments overlooking the Grand Canal, offices including those for Bam Architects, a restaurant, a large park and a crèche for 160 children.

This precinct is now nearing completion with Bam’s offices scheduled to come on stream at the end of March 2017.