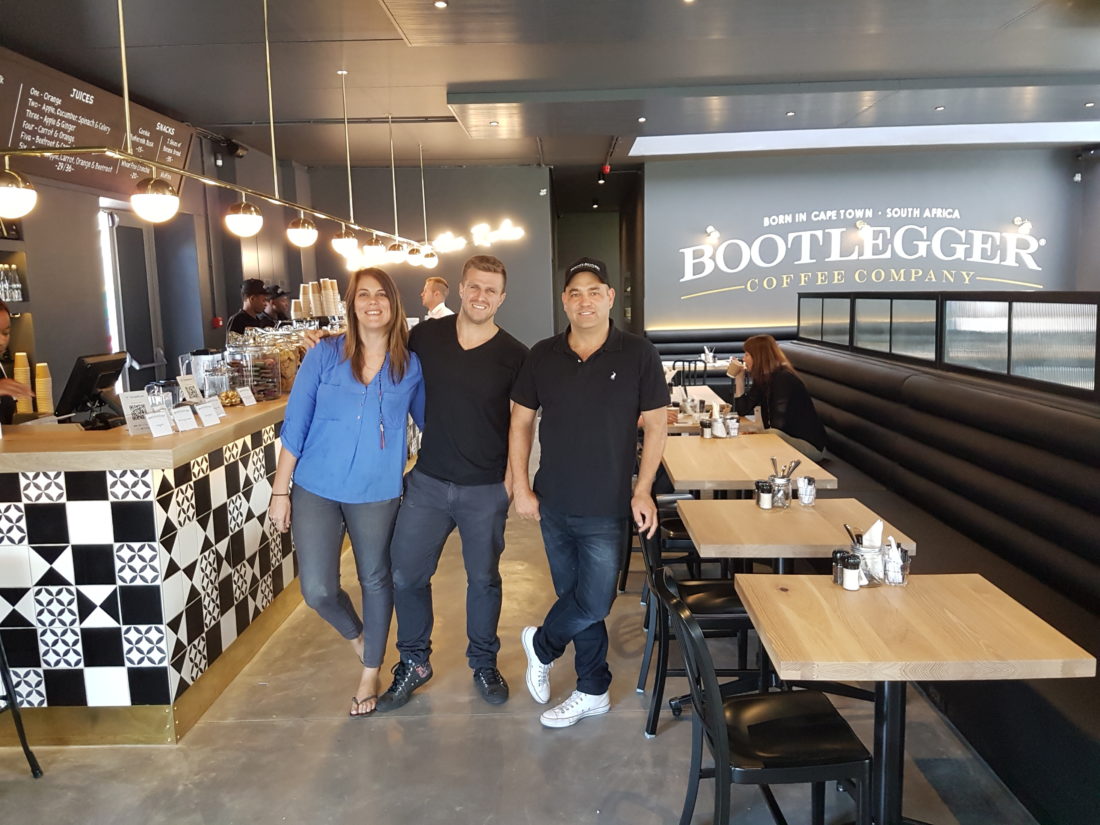 Pieter Bloem, co-founder and director, said they had decided to open in Century City as they had been getting non-stop requests for a store in this area.

“The people asked and we have answered. Century City is such a vibrant hub with young, professionals and families as well as empty nesters and retirees. It offers a safe environment with a combination of offices and residences so there is the potential of day time as well as evening and weekend clientele. Century City is also fairly densely populated with a high LSM community. In other words, it is a perfect location for us.”

Like its other stores, Bootlegger Century City will be open 06h30-21h00 Monday to Friday and 07h30-21h00 Saturdays, Sundays and Public Holidays offering Café style breakfast, lunch and dinner.

“As well as early morning coffee specials and Craft beer to come when we get our liquor license,” says Pieter.

This will be the group’s ninth store in Cape Town. The others are in Sea Point, Point Mall, Kenilworth, Tokai, Kalk Bay, Muizenberg, Cape Quarter and Bakoven.

For further details and bookings go to www.bootlegger.co.za