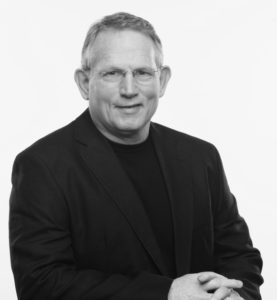 After an extremely tough two to three years, there are now growing signs that both the residential and commercial property markets in Century City are firming, says Leon Cohen, Managing Director of developer Rabie Property Group.

“We have seen a definite pick-up in both residential sales and commercial letting and sales at Century City. This is particularly pleasing given that we are in a pre-election situation with all the concomitant mud-slinging in the media which invariably impacts negatively on public morale and confidence.  As such we are hopeful that when the election dust settles this positive trend will gain further momentum.”

Cohen said that on the commercial front, the sale of 11 of 16 sites in their planned Park Lane office park had been finalized with keen interest being shown on the balance. These buildings will vary from 500 square metres to 1300 square metres.  He said that at their Central Park office development, the sale of a new 2300 square metre office building has been concluded with an owner occupier and construction was expected to get underway within the next two months.

“We are also in the final planning stages for phase three of Central Park and anticipate being on site for a new 2500 square metre sectional title building in the next few months which will be followed by three further buildings ranging from 500 square metres to 1000 square metres over the next 18 months.”

Cohen said they were also experiencing a growing number of letting inquiries from large corporates looking for 5000 square metres offices or more and negotiations were at an advanced stage for a 7500 square metre corporate owner occupier. It was anticipated that this building would be situated in a new 120 000 square metre plus commercial precinct at Century City, to be called Bridgeways, the master planning of which was well underway.

Cohen said sales had also picked up on the residential front with 70% of units in their latest development, Little Moorings, now sold. Construction of the development is underway and is expected to be completed by the end of the year with transfers for early 2012.

“The majority of purchasers here are investors who have enjoyed previous success at Century City and who are capitalizing on the buoyant rental market where there is currently a waiting list for rental stock.”

Cohen concluded by saying that while they were cautiously optimistic that the property industry is or is about to turn the corner, the industry could not afford any setbacks.

“As such it is important that banks continue to improve lending to the consumers and that interest rates remain low for as long as possible. And we can but hope that the outcome of the elections will create positive optimism and energy,” said Cohen.