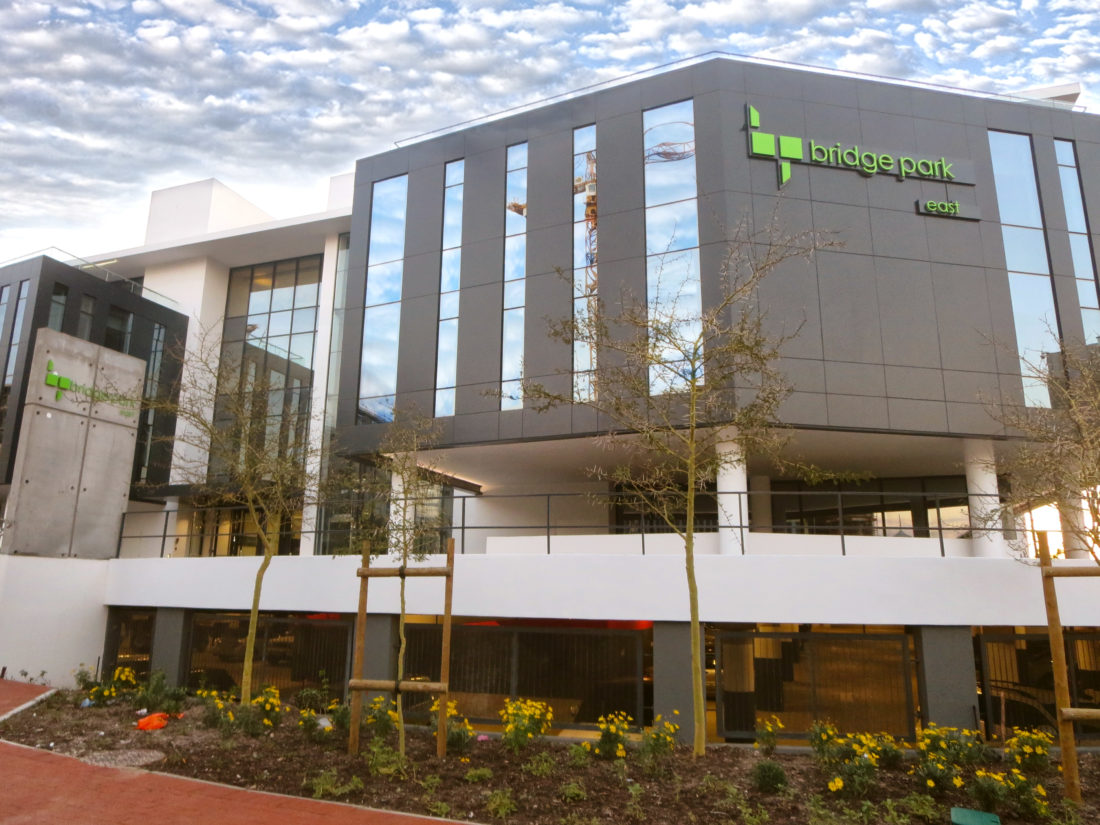 Designed by dhk Architects and being developed at a cost of R450million in a joint venture by Rabie Property Group and Growthpoint Properties, Bridge Park comprises two four storey buildings set over a shared basement and podium.

Century City is also home to two 4-Star Green Star SA rated buildings – the Business Centre and Number 3 Conference precinct which were accredited in both the Design and As Built categories.

Colin Anderson, a director of Rabie, said they were delighted Bridge Park had achieved the 5-Star Green Star rating in the Design category and said they were also aiming for its accreditation in the As Built category.

Bridge Park, he said, was ideally suited for corporates looking for office space of between 1600 square metres and 10 000m² and discussions with a number of large corporates were well advanced.

Derick Henstra, Chairman of dhk said: “Achieving the 5 Star rating for Bridge Park is hugely rewarding for the design team, as it confirms our commitment to sustainability and endorses what we believe is a world class office space, not just in terms of environmental factors but the overall user experience of the building.”

“The new green precinct in Century City will certainly set the bar for future sustainable office development in the country and we’re pleased to be involved in taking a leading role in this initiative at Bridge Park.”

The main contractor on the Conference precinct development was Murray & Roberts while the sustainable building consultants were PJ Carew Consulting.