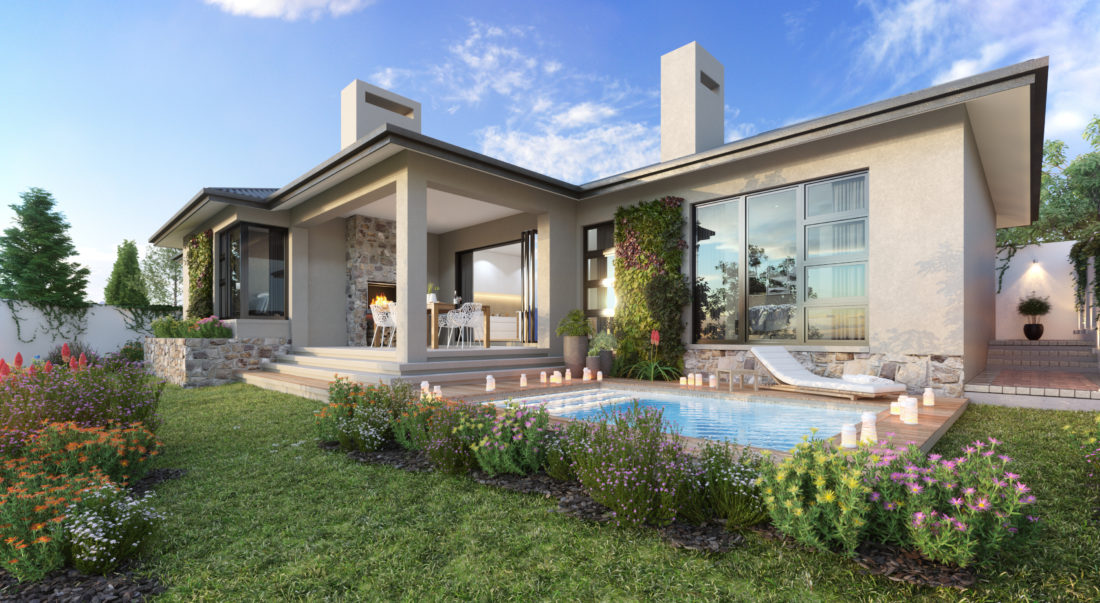 Buyers snapped up the second and final phase of The Village at Clara Anna Fontein in Durbanville, where total sales to date have topped R1 billion.

Buyers snapped up 26 of the 69 separate title townhouses in phase two of The Village at the launch with six further sales in the offing and strong interest being shown in the remaining units, according to Mariska Auret, project manager of Rabie Property Group, who is developing Clara Anna Fontein in a joint venture with the landowner.

Townhouses in phase two will be free-standing with private, landscaped gardens. Houses remaining to be sold, range in size from 178 square metres to 302 square metres, and are priced between R3,7million and R6,75million.

The 128ha Clara Anna Fontein estate borders a private game reserve and is destined to become the most sought-after address in the northern suburbs. Over and above the townhouses and single residential erven it also includes a Reddam House High School which opened in January this year as well as a retirement development which is yet to be launched.

Auret says the size of the plots in phase two range from 375 square metres to 530 square metres and buyers have a choice of nine modern contemporary designs by award-winning Vernon Viljoen Architects. Six of the designs are single storey and three double storey.

All townhouses will have double garages, fireplaces and a built-in braai while some will also have a study and/or scullery.

“The design of the townhouses incorporates a number of exciting upmarket architectural features including stone cladding, timber and large expanses of glazing.”

Auret said to date the civils work – roads and services – was nearing completion as was the palisade fencing and the Gatehouse which provides a dramatic sense of arrival.

“Due to the very dry summer we have had to put a substantial portion of the landscaping on hold other than around the gatehouse and one other portion of the estate. The rest of the planned landscaping will be rolled out closer to the winter rainfall season.”

She said in terms of the clubhouse and other amenities which form Die Werf, building plans were currently being circulated and were expected to be approved shortly.

“The contractor is GVK.”

In terms of the single residential erven where buyers are able to construct their own homes according to architectural guidelines, Auret said a significant number of buyers had already taken transfer with the remainder expected to take transfer in April this year. The first ten homes are already under construction with a further 30 or so plans having been assessed by the estate’s Design Review Committee. Purchasers of the single residential erven have five years from transfer to build their homes before facing penalties.

For further details go to www.claraannafontein.co.za or contact Johan de Bruyn of agents, Louw & Coetzee on 082881201.