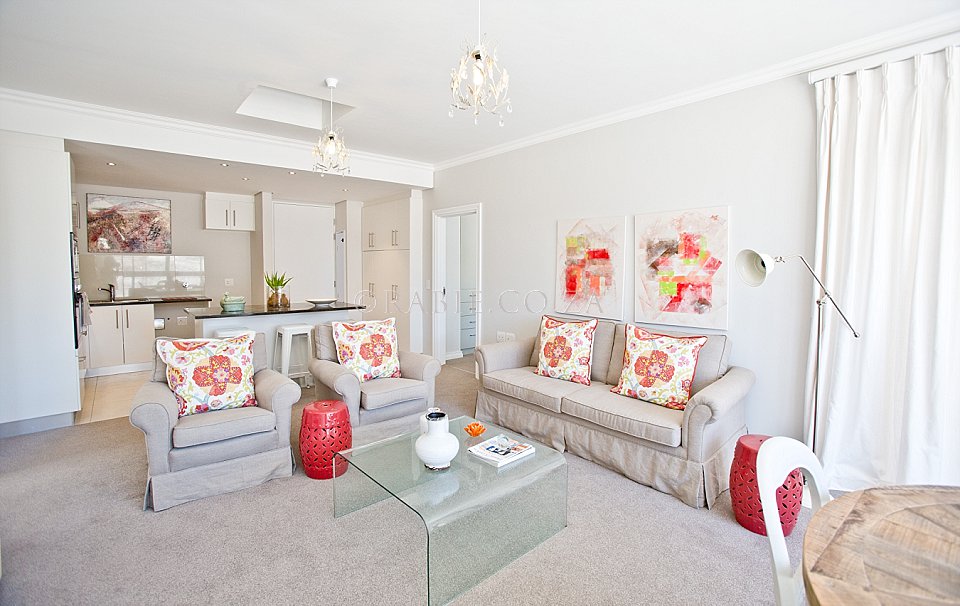 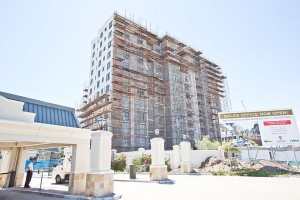 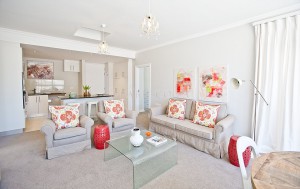 A furnished show apartment is now available for viewing in Palm Royale the latest block in the Oasis Luxury Retirement Resort at Century City, where more than R185m of sales have been concluded five months ahead of completion.
Colin Green, a director of the developers, the Oasis Joint Venture which comprises the Rabie Property Group and a Harries Projects consortium, said the R260m Palm Royale block boasted a number of green building initiatives to reduce its carbon footprint.

These, he said included LED lighting throughout, timers and photocells in the common areas together with movement sensors. “In addition, performance glass has been used which not only reduces heat penetration but also reduces sound transmission. Furthermore load limiting relays have been used in the apartment distribution boards which means that the geyser will switch off when the oven is turned on.”

Other green initiatives employed include the use of treated effluent piped from the Potsdam Wastewater Works for the irrigation system while the ponds and water features make use of storm water recharging for top up purposes.
“In addition low VOC paints have been specified throughout and all garden waste generated will be mulched/chipped for re-use in the planted areas,” he said.

Green said construction of Palm Royale was on track for completion in May this year with 19 of the 58 apartments still available for “discerning buyers looking for a superior retirement home with world class facilities”.
Among its many unique selling points, Palm Royale offers residents optic fibre connectivity at speeds ranging from 5 Mbps to 1 Gbps via Africa’s fastest and one of a kind Open Access Network at highly competitive rates from one of several service providers.

“This creates a healthy competitive environment where residents are free to select a service provider of their choice and to swap service providers should they be unhappy with the service they are getting. High speed connectivity allows residents to use their smart TV / internet to its full potential and the cutting edge technology is capable of keeping abreast with new products and changes in the market.”

Green said a primary health care package was included in the monthly levy which entitles residents to three free bed nights per annum at the on-site care facility which is licensed by the Department of Health and Board of Health Funders of SA.

“There is a qualified Sister on duty 24 hours a days and the Care Centre caters for emergency advice, assistance, or admission of apartment residents, depending on the seriousness of their situation.
“The Care Centre also has an assisted living and frail care facility, as well as an Alzheimer’s / Dementia wing and also offers physical rehabilitation.”

Green added that apartments at Palm Royale were being sold on a sectional title basis.
“This means that the properties are an asset and purchasers or their heirs benefit from the capital appreciation over time. Only 20% of the profit once sold is payable to the levy stabilisation fund.”

The show apartment is available for viewing by appointment. For further details contact the Sales Office on 021 528 7310.