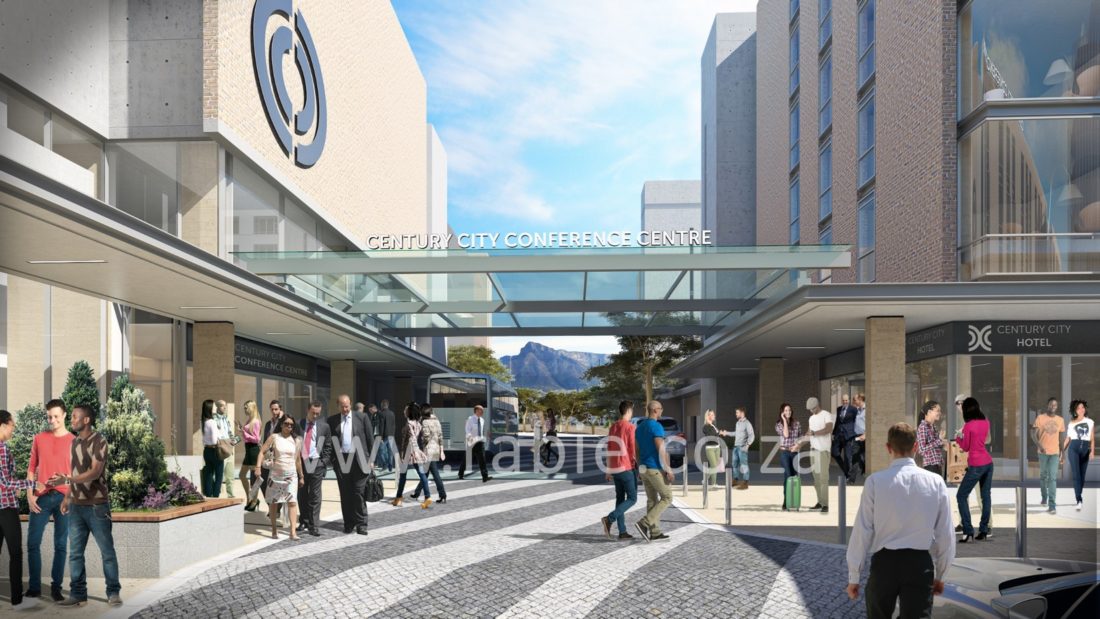 The Century City Conference Centre, part of a new, green, R1billion mixed-use development under construction in the burgeoning precinct, is on track to open in February 2016 and the first bookings have been confirmed.

According to Glyn Taylor and Gary Koetser, joint CEOs of the Century City Conference Centre and Hotel (Pty) Ltd, construction was on schedule and they anticipated taking handover of the buildings in November this year allowing them to be comfortably operational by their first confirmed booking in February.

The Century City Conference Centre has a total capacity of 1900 guests across 20 venues and is designed for maximum flexibility.

The Conference Centre and the 125 room hotel with ground floor restaurants and bistros will front onto a large, bustling square which is destined to become the new commercial and hospitality hub of Century City. The new hotel will bring the total number of hotel rooms within easy walking distance of the Conference Centre to 540.

Taylor said the CCCC had been designed to complement the Cape Town International Conference Centre and to add to the allure of Cape Town as the top conference city in Africa.

“We launched the CCCC to the hospitality trade at the recent Meetings Africa 2015 convention in Johannesburg and it was very well received.

“Literally thousands of people flocked to our stand including the Minister of Tourism Derek Hanekom and there was huge excitement. It was encouraging to see from the interactions we had there that the Western Cape is clearly seen not only as one of the World’s leading leisure destinations but it is a forerunner for business travel globally.”

Koetser added that the Century City Conference Centre and Hotel was part of a significant private equity investment by the Rabie Property Group to promote business travel to the Western Cape.

“They understand the longevity and sustainability of business travel and there is no doubt the new conference centre and hotel are generating a huge amount of interest from the industry. We are being inundated with inquiries – currently at around R63million – and these are growing on a daily basis.”

Koetser and Taylor said to further promote the Century City Conference Centre and Hotel they would be attending the Incentive Business Travel and Meetings Expo as well as the World Travel Market Expo at the CTICC in April before travelling to Frankfurt to showcase the Century City Conference Centre and Hotel to the international trade at IMEX as part of the SA Convention Bureau’s stand.

Also fronting onto Century City Square is the Apex, an iconic eight storey building comprising 7900 square metres of offices over seven storeys of offices with ground floor restaurants, bistros and coffee shops which is available for purchase or to let, the Matrix – a mixed use development of ground floor retail, three storeys of sectional title offices, with a further three storeys comprising 51 luxury apartments and a six floor structured parking building. This, together with a super basement parking garage, will provide a total of 1330 parking bays for the buildings around the Century City Square.