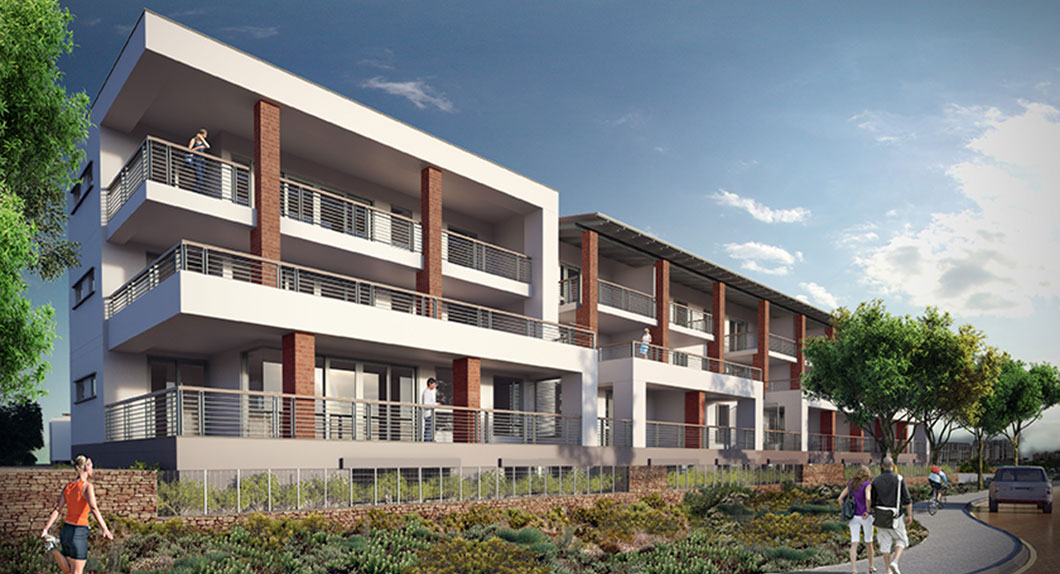 The surging demand for Century City homes which saw buyers snap up all three of our most recent developments before completion took us by surprise. However, planning for our next development is well advanced and Mayfair Gardens is set to be launched in October 2014.

Brian Usher of Property World, the official on-site agents for the Rabie Property Group, says all 148 units in our latest residential development, the R270million Ashton Park which is due for completion in May next year, have been sold.

The success of Ashton Park follows that of two previous residential developments, Quayside and Quay North, which were also both sold out months before completion.

“It has been nothing short of phenomenal. We have had our strongest sales in five years and interest is not letting up. So much so we are now pulling out all stops to launch a new residential development, consisting of 70 sectional title apartments, at Century City in October.”

Usher said they had already got a waiting list of eager buyers which they were adding to on almost a daily basis.

“So those keen to acquire residential property at Century City – either as an owner occupier or an investor – should register their interest with us now to avoid disappointment.”

Usher said total development sales at Century City, excluding the Oasis Luxury Retirement Resort, in the financial year ending June were ahead of forecast at 106 with a total value of R189m.

“And the second hand housing market at Century City is also under extreme pressure.

“There are less than 30 – in fact at last count – only 23 properties out of 3500 in the precinct which are listed for sale and that includes all agencies working the area,” he said.

Resales done by Property World in the past financial year had totalled 54 with a total sales value of R91,6m.

Usher said the only thing holding back the second-hand market was also a shortage of stock.

“If we had had more stock we would have sold it, but owners are tending to hang onto their properties either because they enjoy living here or because of the very good rental return they are able to achieve.”

For further details on Century City homes or to register your interest in new residential developments at Century City telephone Brian Usher on 021 5550105 or 0825717024, email brian@propertyworld.co.za, or register online here.