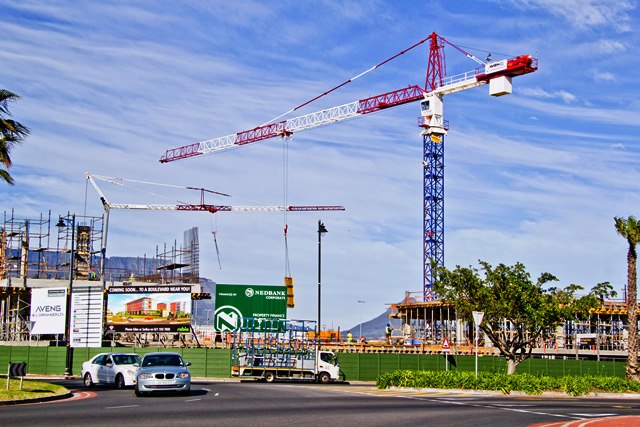 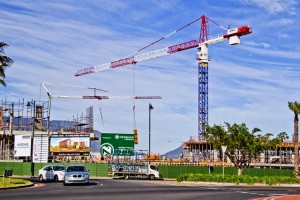 Cranes are back on the skyline at Century City with new developments totalling more than R1billion under construction and more in the pipeline.

John Chapman, a director of Rabie Property Group, said Century City had continued to outperform the office market generally and while many other nodes were showing  a significant increase in office vacancies, Century City’s vacancies had dropped to an all-time low of around 6% which was prompting significant new office development. 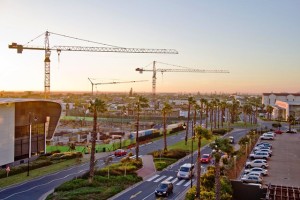 “In fact of the current construction projects seven are new commercial projects totalling more than R700m. Very few of these projects are speculative and most of those that are have already secured tenants so we expect the overall vacancy factor will continue its downward trend.”

Commercial projects under construction  include new 9000 square metre regional offices for Chevron, a  4000 square metre offices for Business Centre and the 4000 square metres Bridgeway Number 3 development at a total cost of around R160million. They are situated in the new Bridgeway precinct which, when completed, will comprise over 150 000 square metres. All three building are being built according to environmentally friendly principles and are aiming for Green Star accreditation from the Green Building Council of South Africa (GBCSA). 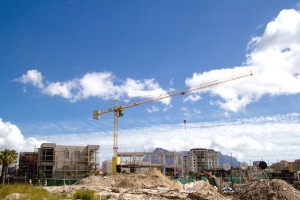 Horizon Capital and Eric Salomon are also developing six office blocks at Park Lane at a total cost of around R120m while Rabie’s R90m Quays sectional title office development is about to commence on a neighbouring site.

Nearing completion is a 3700 square metre office block in The Estuaries which has been let at a rental of R143 per square metre while the 2500 square metre Courtyard sectional title block in Central Park, which is sold out, was recently completed.

In addition listed private school company, Curro Holdings is developing a new  school at Century City which is scheduled to open in January 2013. It will initially operate from Grade RR through to Grade 4 and will phase in Grades 5, 6 & 7 to ensure continuity for learners.

Chapman said there was a huge demand for a fully-fledged school in the area and it was already underpinning demand for residential units in the precinct.  “So much so that we are  in the advanced planning stages for a new residential development comprising 145 homes that will be built on the adjoining site which we hope to be able to launch later this year.”