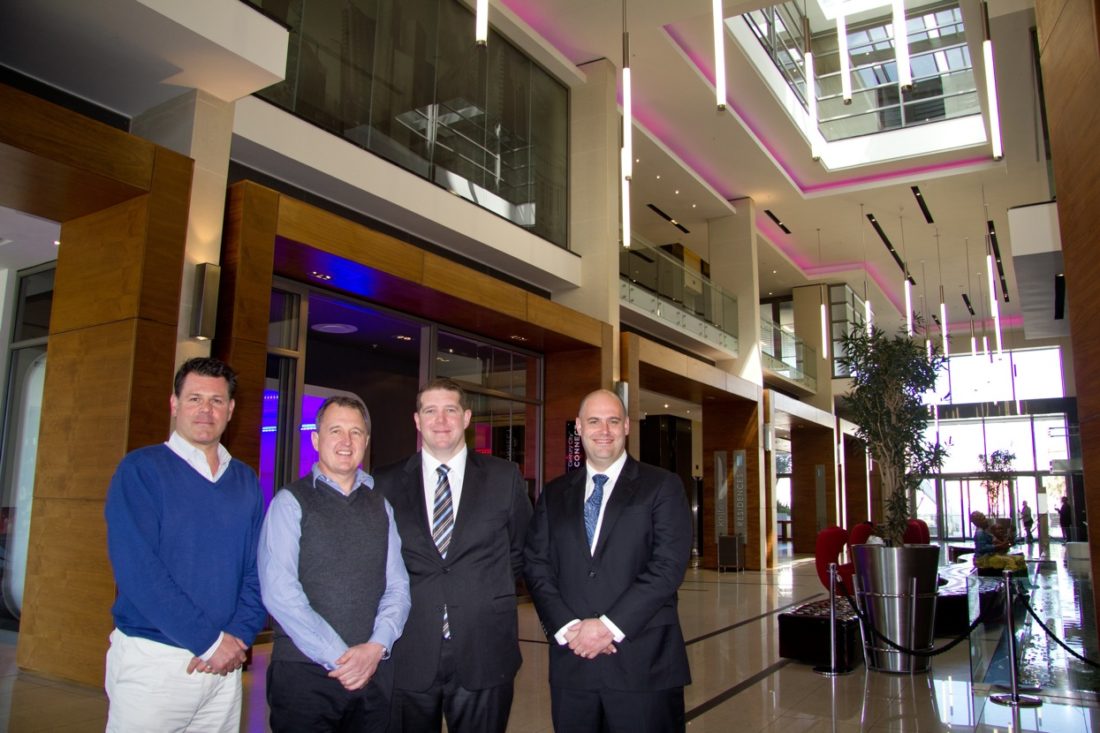 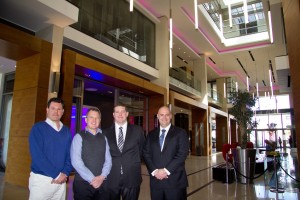 The deVere Group, a leading global financial consultancy group, is expanding its Cape Town office and has taken a five year lease over the office suites in the five star Crystal Towers mixed use development in Century City.

Giles Balmer of Rabie Property Group, who negotiated the lease on behalf of the landlord, confirmed that a gross rental of R140 per square metre had been achieved.  “This is in line with a number of other recently concluded office leases within Century City including at The Estuaries, Central Park and The Gatehouse.”

Balmer said the firming of rentals was being seen on the back of a significant drop in office vacancies in the precinct over the last 12 months to an historic low of less than 6%.

With an estimated client base of 60,000 clients across 100 countries around the globe and funds under administration exceeding $8billion, the deVere group is regarded as the largest independent financial consultancy group in the world.

Craig Featherby, CEO of deVere Africa, said four years after establishing a point of presence through offices in South Africa, deVere Africa has become the fastest growing area within the group’s global operations.

The group opened a 300 square metre regional office in Century City in March last year as well as a similar size office for its consultancy business in the V&A Waterfront.  He said the rapid growth of the Group’s Africa operations, which had expanded 48% year on year, had now necessitated their relocating to larger premises.

“The new bigger premises will enable us to house our enlarged operations and to consolidate both our Cape Town offices under one roof. It will also house our new training department.”

Featherby said the Group had decided on Century City as the location for its new offices as it had rapidly become Cape Town’s prime business real estate “and we want to be in the centre of where everything is happening”.

Their new offices are situated in the iconic Crystal Towers development, which was completed two years ago at a cost of R750million. It also comprises a 180 room luxury hotel which falls within the exclusive African Pride collection of superior deluxe 5 star hotels; a Life Day spa, conference facilities for over 300 people, 11 meeting rooms, a gym and swimming pool, restaurants, a 24 hour deli, boutique retail, 90 luxury apartments, and the 6200 m2 regional office for international audit group Mazars.