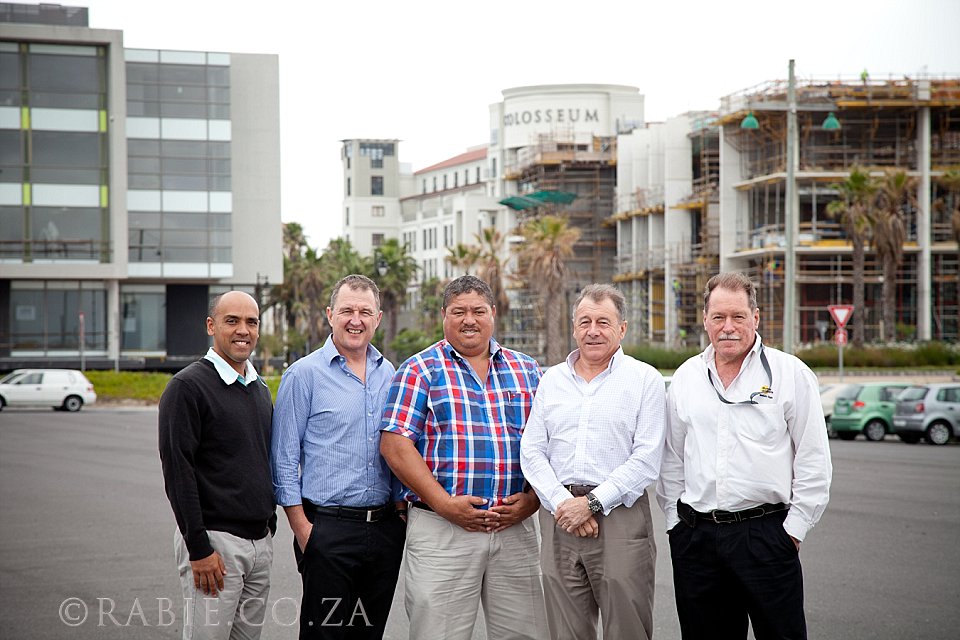 Murray & Roberts Western Cape have been handed over the site in the Bridgeways precinct at Century City on which they are to build the R450million Bridge Park development for joint venture partners Growthpoint Properties and Rabie Property Group.

The development will comprise two mega “green” office blocks on a shared basement & podium with a total rentable area of more than 18000 square metres. Construction of the first block, Bridge Park East, will start in January with completion anticipated in April 2015. The timing  of the second block, Bridge Park West will be determined by market demand but will more than likely take place within the contract period due to the high demand for commercial office space within Century City.

Bulk earthworks, being undertaken by Neil Zaaiman, got underway this week and is scheduled for completion early next year.

The project has been registered with the Green Building Council of South Africa and the developers are striving for a five star green star rating in the both the design and as built categories.

Project manager Raynard Haupt said Bridge Park was in fact being developed as part of “an all-green precinct” at Century City which would also be home to, among others, The Business Centre, Phillip Morris and Chevron.

He said Bridge Park, which will be built in phases, was ideally suited for corporates looking for office space  of between 1590 square metres and 18 000 square metres.   The partnership with Growthpoint, South Africa’s largest listed property fund was a strategic venture as it would provide future expansion options for Growthpoint’s extensive tenant database.

The professional team on the project, the second largest to be undertaken at Century City by Rabie Property Group, includes Aurecon who will be responsible for Mechanical, Electrical, Plumbing, Fire, Structural and Civil Engineering. Aurecon is also based at Century City in the country’s first 5 Star Green Star rated building.

Other members of the team include dhk Architects, AECOM as quantity surveyors, LH Consulting as the Façade Engineers, David Heillig & Abrahamse as Land Surveyors, Planning Partners as Landscape Architects while the Green Star Consultants are Paul Carew Consulting.