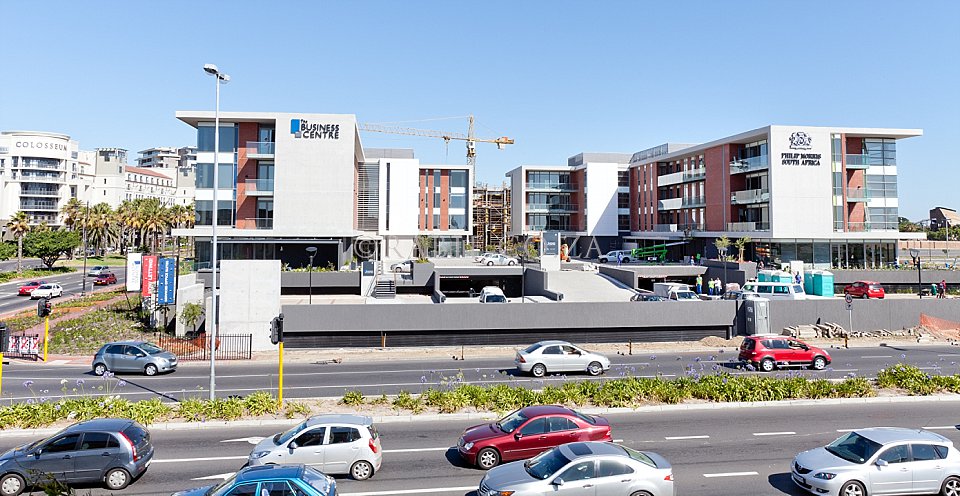 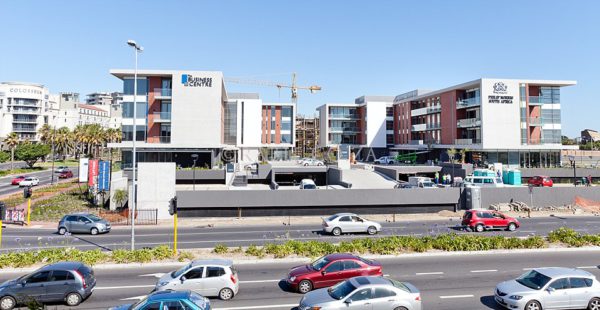 The first two office buildings in the new “all-green” Bridgeways commercial precinct on the corner of Ratanga Road and Century Boulevard at Century City have been completed.

The two buildings each of around 3800m2 comprise offices for Phillip Morris and The Business Centre. Both buildings have been submitted to the Green Building Council of South Africa (GBCSA) for a Green Star rating in both the Design and As Built categories.

The Business Centre was completed in October and No 3 Bridgeways, the new home of Phillip Morris, was handed over last month (December). Both buildings were designed by Vivid Architects and are managed by Rabie Property Administrators (RPA). The buildings are situated just across from the new MyCiTi bus station,

Colin Anderson, a director of developers Rabie Property Group, said it was their intention to develop an entire green precinct of approximately 150 000 square metres of premium grade offices.

“As far as we are aware this will make it the largest green precinct in the country.”

He said the total development cost of the first two buildings was R165million and plans for a further R1billion in construction for the precinct were well advanced. Details of these will be announced shortly.

Anderson added there were innovative plans for upgrading of infrastructure in and around the precinct to improve traffic flows as the precinct develops. This would involve a total investment over the next few years of more than R80million.