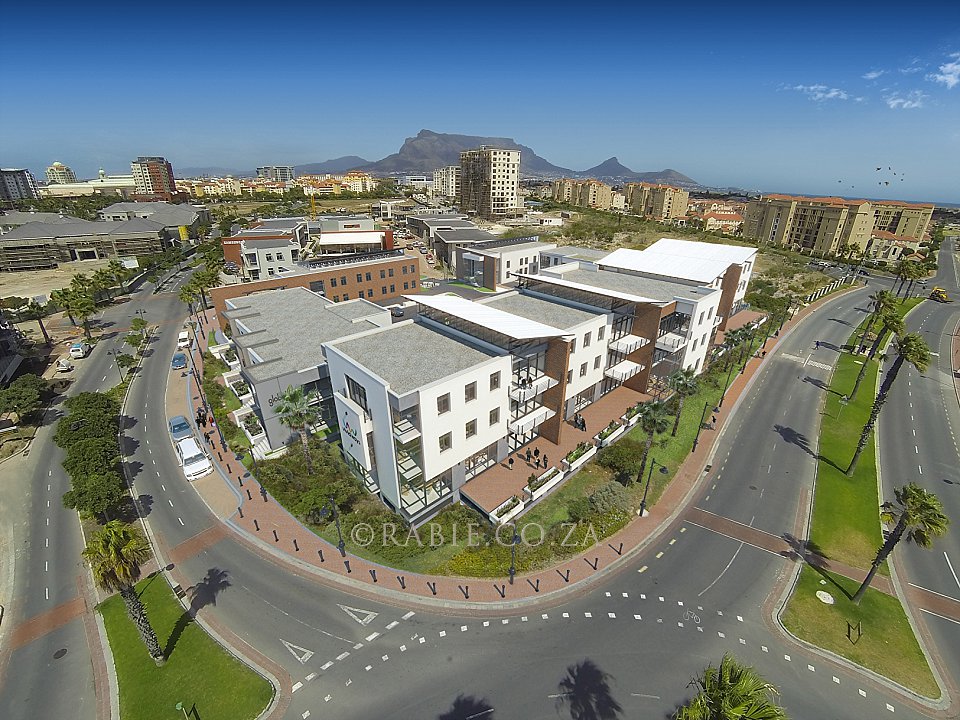 Grosvenor Square, a new sectional title office park aimed at small to medium size owner occupiers and tenants, is being launched at Century City by Rabie Property Group to meet ongoing demand in the burgeoning precinct.

The R120million development, designed by Tim Hughes Architect, will comprise a total of 5364 square metres of A-grade low rise offices in five buildings set around a picturesque courtyard and offering flexible options to purchasers from 90 square metres to 3000 square metres.

Kutlwano Rasodi, Rabie project manager, said Grosvenor Square, which would have manned security, would comprise winning elements of both Central Park and Quays.

Grosvenor Square is to be built on a high visibility site in the sought-after Central Park precinct and bordered by two of the main roads in the precinct, Century Boulevard and Century Way.

It is situated across from the landmark Samsung Smart Care Centre and close to the water-fronting Quays development which includes a TriBakery neighbourhood restaurant.

Rasodi said Grosvenor Square would provide a total of 200 parking bays  – 170 basement bays and 30 open bays – on a ratio of four per 100 square metres with units selling at R22 000 per square metre, inclusive of parking and A-Grade tenant installation including all internal finishes and airconditioning.

To meet a growing demand from purchasers keen to reduce their carbon footprint, communal bicycle storage facilities will be provided as well as shower and change rooms. The building is also conveniently located for the MyCiTi bus service which in future is planned to run right past the site.

Construction of Grosvenor Square is to be undertaken by Big Ben Construction and scheduled to start in August this year with completion in September 2015.

For further information on these Century City offices and to view a scaled model of the development contact Giles Balmer or Sedica Knight or Jean Theron on 021 5507000.