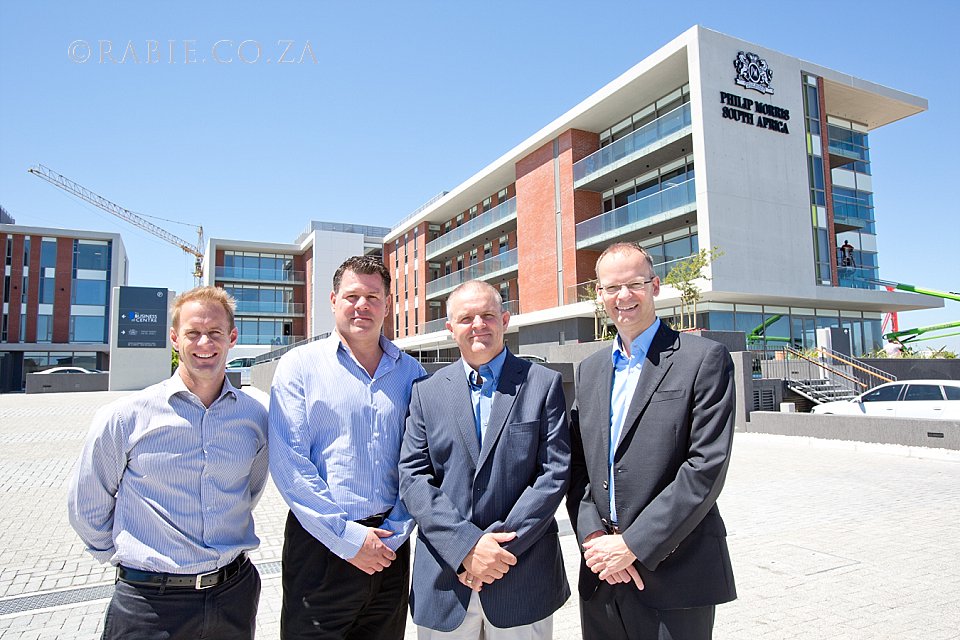 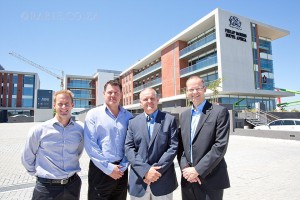 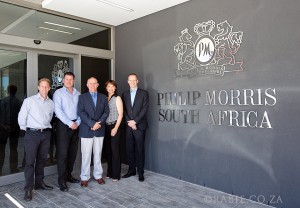 Philip Morris South Africa (PMSA) has relocated its Southern and Central Africa Head Office to a new “green” building, No 3 Bridgeways, at Century City which has been developed by the Rabie Property Group.

PMSA, part of the largest international tobacco company in the world, Philip Morris International, was set up in 2003 and first moved to Century City in November 2008 where it initially took  1400 square metre offices in The Estuaries office park in the north eastern section of Century City. Within a few years, the company took additional space to meet its growing needs. However, further growth in recent years has now necessitated its moving to larger premises to accommodate its current staff complement of around 600, says Chad Limbert, Area Director Southern Africa.

Limbert said PMSA had located to Century City due to its central location, its ease of access, high standards of infrastructure, security and services not to mention the wide variety of world class facilities including Canal Walk right on the doorstep.

“It has lived up to all its expectations and in fact what it has to offer as a corporate destination keeps getting better and better,” he said.

No 3 Bridgeways, which has achieved a Green Star SA – Office Design V1 rating from the Green Building Council of South Africa, is located on a highly visible site fronting on to Ratanga Road. It is situated near to a station for the MyCiti bus rapid transit system which extended its services to Century City late last year.

The building comprises just less than 4000 square metres of prime A grade office space over four storeys and 124 parking bays. It is situated in the new Bridgeways precinct, being planned as the first all green commercial precinct in the country. Its completion follows that of new similar sized premises for The Business Centre, which has also achieved a similar rating in the Design category. Both buildings, which were designed by Vivid Architects and are managed by Rabie Property Administrators (RPA) are now also applying for a second Green Star rating in the “As Built” category.

The third office block currently under construction in the Bridgeways precinct are 9600 square metre offices for Chevron.

Giles Balmer of Rabie Property Group said they intended developing the entire Bridgeways precinct, which will eventually comprise around 150 000 square metres of prime commercial space, as a “green precinct” which they believed would make it the largest of its kind in the country.

The total development cost of the Business Centre and No 3 Bridgeways was R165million with exciting plans for a further R1billion of commercial and leisure projects in the precinct well advanced.

“We hope to be in a position to announce details of at least some of these shortly,” he said.