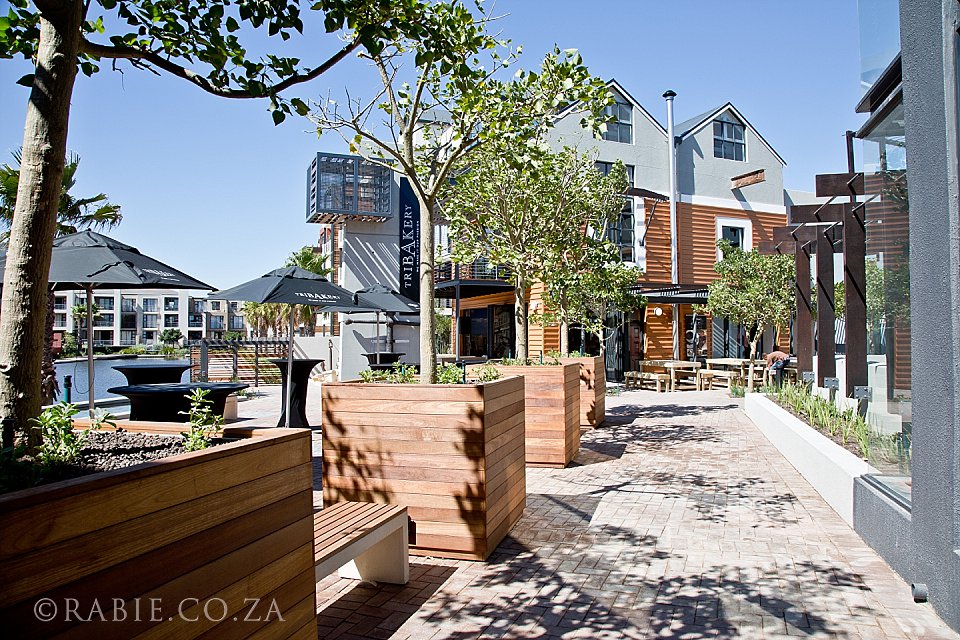 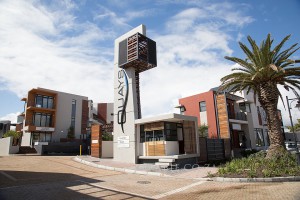 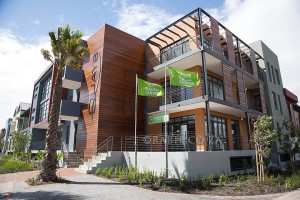 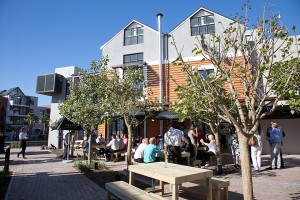 Construction of Quays, a vibrant new commercial node comprising 39 low rise studio offices and a TriBakery restaurant in the heart of Century City, has been completed.

Developed at a cost of R90million, Quays is the commercial component of a mixed-use precinct.  It includes two residential developments, Quayside and Quaynorth which were also recently completed and where all 91 apartments were sold months before completion.

It is now the new home to among others, Property World, the official on site agents at Century City whose  new showroom and offices are situated on a highly visible position on Century Way.

The offices in Quays, ranging in size from 41m2 to around 400m2, excluding balconies,  are priced from around R800 000, ex VAT.  It has provided a rare opportunity for smaller office users to purchase in the burgeoning Century City precinct.

The two and three storey office buildings are set around courtyards and a water-fronting piazza where TriBakery is located.  They have been designed as individual facades rather than a monolithic office block.  The varying architecture and colour scheme give the appearance of a village street edge that has evolved over time.

The intimate scale of Quays, which provides secure basement parking plus visitor parking in the courtyard, embraces both the neighbouring residential developments as well as the Waterstone complex  – and the  Central Park commercial node.

It acts as an interface between the various components and has been designed to enhance the pavement ambiance of this very vibrant area where there are always people coming and going to the schools, Clubhouse and field as well as canoeists who house their craft in the area and the bird watchers and other visitors to Intaka Island, says Sedica Knight of developers Rabie Property Group.

Only two of the Century City offices Quays suites remained to be sold.

Rabie director John Chapman said Quays had provided a unique product for the Century City market and appealed in particular to professionals including medical practitioners wishing to own their own offices.

“The market response was phenomenal and there is continued demand from smaller users and investors. So much so that we are working hard to bring on additional product to meet this need as soon as possible.”