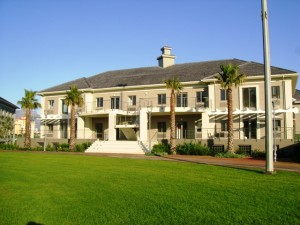 Commercial property investors are returning to the market and have snapped up three Century City office blocks for a total cost of more than R75million in the past couple of months.

John Chapman, a director of Rabie Property Group, said an unlisted property fund had acquired two buildings for a total of just under R52million while a Private Equity Investor had purchased a third building for R23,7million.  “There is no doubt there is a renewed confidence in the property sector and we are seeing a huge demand for quality property assets providing annuity income at Century City.”

The private investor had picked up the third building – a recently completed 1400 square metre office block also in the Central Park development, for R23,7million.  This tenant is an international group and the initial yield is around 8,5%.

“Investors are looking for good quality developments in good areas and which offer market related returns and the potential of above market capital appreciation.  Century City ticks all the boxes. It is very centrally located and easily accessible, it has a high standard of services and security, it is well maintained and has fantastic amenities on its doorstep and boasts a very strong public transport offering.  In addition, through  the recently launched Century City Connect – Century City’s open access  Fibre-to-the-Premises network,, accredited Internet Service Providers are able to offer those living or working in Century City a variety of customized packages including the fastest voice, broadband and multi-media services.”

Chapman said with the increased demand for both space to let and investment opportunities in Century City it was not surprising that their office vacancy rate had dropped significantly in recent years in spite of new space having come on stream.
“From double digit figures a couple of years back it is now nudging below 5% following the signing of  two new leases of around 4000 square metres each by national tenants  in two existing buildings.

He added that rentals were a function of supply and demand and as such had started strengthening and they had reached the R155 a square metre mark for the first time in a new building currently under construction.

For investment or letting inquiries contact Giles Balmer or Sedica Knight on 021 550 7000.