Residential sales at Century City have picked up strongly with total sales of more than R60,8 million being recorded since July 1 this year. 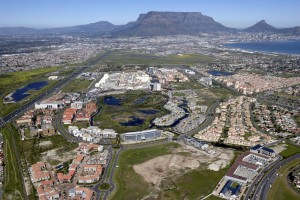 Usher said as a result of the strong sales the developer, Rabie Property Group, had very little new development stock on hand.

“There are now only two opportunities remaining in the second and final phase of Waterstone Isles where 27 plot and plan homes have been sold to date for a total of more than R100 million.  In addition only five of the 12 units in Manhattan Wharfside remain to be sold with sales to date topping R13 milion.

And last but not least – only 8 of the 41 apartments in Little Moorings, Rabie’s most recent residential development at Century City – remain to be sold. The total value of the units sold there to date exceeds R37,5m.  A big draw card for this development is that not only are most of the units water-fronting but it is also the first development that is going to be linked into Century City Connect, Century City’s revolutionary fibre optic open access network which will access to the country’s fastest voice and broadband services as well as multi-media connections.”

Usher said the strong sales were spurring new development and planning for an exciting new water-fronting development was close to finalisation.  “We expect to be able to announce this within the next few weeks,” said Usher.