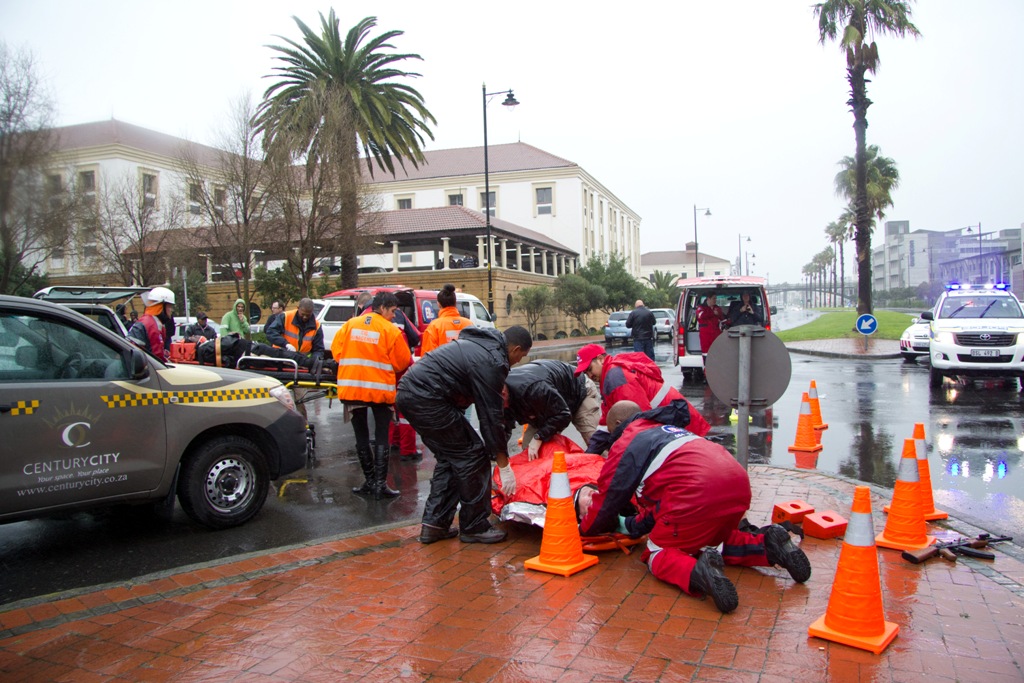 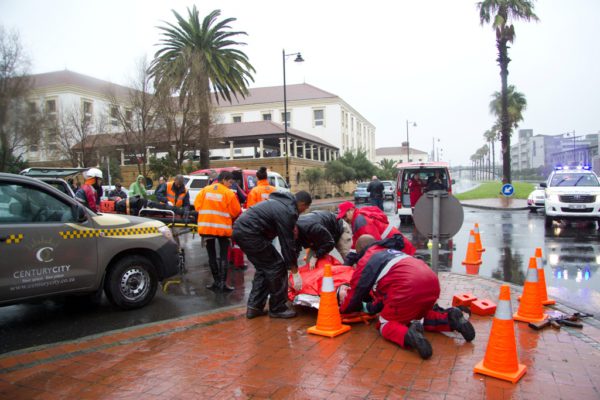 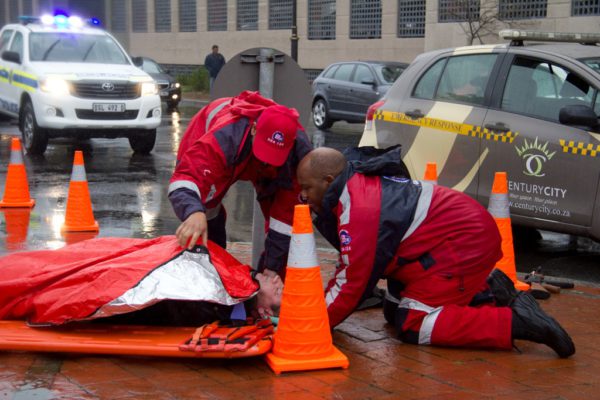 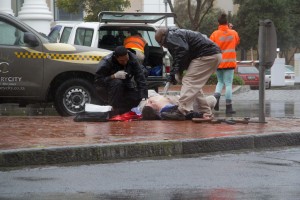 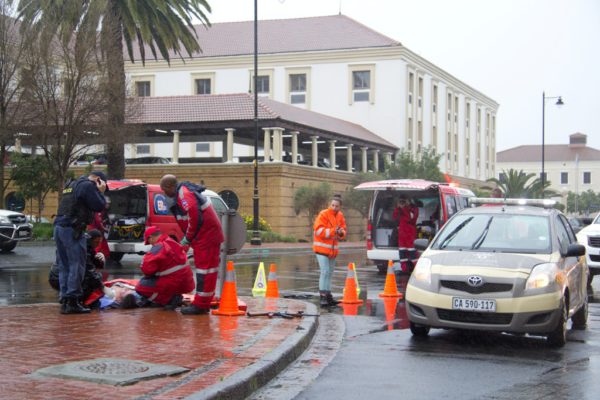 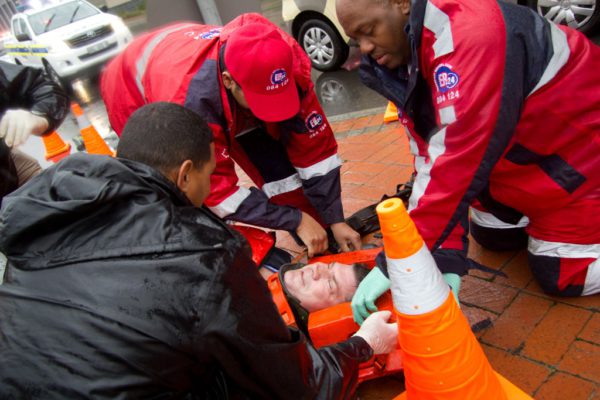 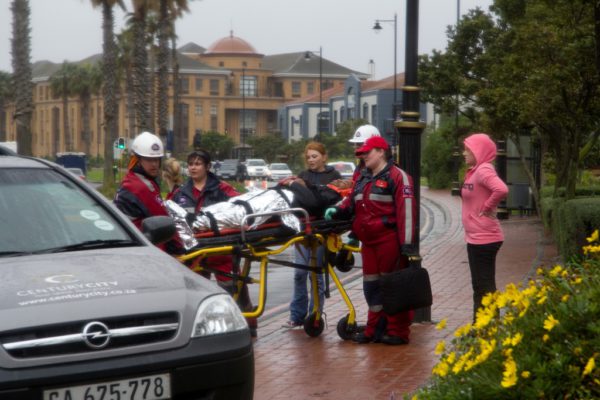 Braving the winter rain, dozens of drenched onlookers watched in horror as police, paramedics and other emergency services descended on the scene of an armed cash in transit heist in Century City en masse with sirens blaring.

Bodies laid sprawled across Century Boulevard opposite Vodacom, the driver of the cash van into which another car had crashed was slumped behind the steering wheel, the screams of those injured in the cross fire pierced the air and the scene was littered with spent bullets and abandoned automatic rifles and machine guns.

Or so it seemed to those looking on in terror and to the emergency services personnel when they first arrived at the scene. It was only on closer inspection that the latter realised that all was not what it had initially seemed to be but rather a very realistic simulation of a cash in transit heist gone wrong.  Rather than a real emergency, they were in fact in the midst of a practice exercise designed to test their emergency response readiness.

Chris Blackshaw, CEO of the Century City Property Owners’ Association, the  non-profit company responsible for the day to day running of the Century City precinct, said that in order to make it as realistic as possible, no advance warning had been given to any of the emergency personnel.

“So realistic was the set-up which included student “actors” from the ER24 training course, we decided to ensure the “robbers” were well out of the way before the response vehicles were alerted to the incident at 11am so as to avoid a real live shoot-out with police or well-meaning members of the public trying to assist.”

The exercise, of which the City of Cape Town’s Disaster Management were informed of  beforehand, involved  a medical emergency response from four ER24 paramedic teams, traffic control by a City Traffic officer, four Century City response vehicle teams and a City law enforcement officer as well as the SAPS who also had to secure and investigate the crime scene. In all there were 10 response vehicles crowded the scene.

So did they pass the practice exercise? Yes, with flying colours, say the top brass who were monitoring the response readiness of all the teams involved from the time the call was lodged at the Century City Control Room, to the event being captured and monitored on the CCTV cameras through to the end.