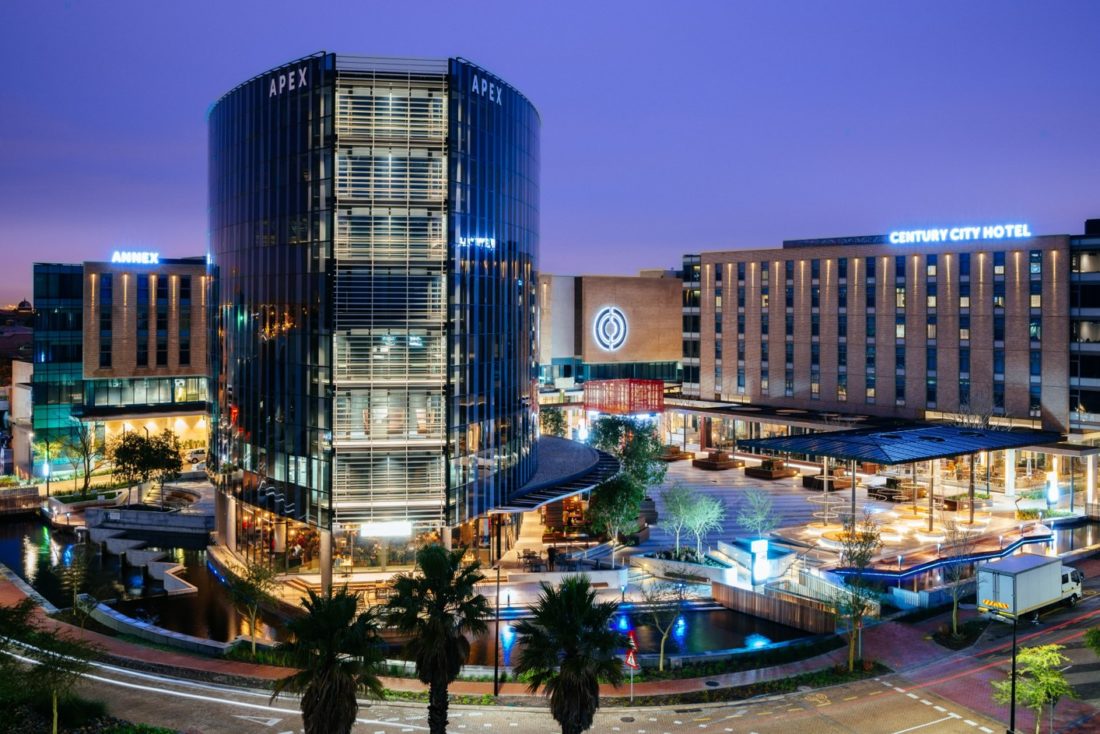 The mixed use Century City Square development, which was developed by the Rabie Property Group at a cost of R1billion, has been awarded a 4-Star Green Star – Custom Mixed Use Design rating by the Green Building Council of South Africa.

This is the first development in the Western Cape to be awarded this Custom Mixed Use tool and only the second in the country.

Century City Square consists of a Conference Centre with a total capacity of 1900 over 20 venues, a 125 room hotel, 15 000 square metres of offices, 51 apartments, showrooms and restaurants all set around a public open square. The entire development is set over a super basement and this, together with a structured parking garage, provides under cover parking for 1330 cars.

Steve Cloete, Rabie project manager, said Century City Square had been a pilot project for the new mixed use rating tool for the GBCSA.

“As such our green building consultant worked very closely with the GBCSA to formulate the rating tool and in future Century City Square will be a benchmark for all mixed use developments going for a Green Star rating.”

Rabie’s Green Building consultant, Paul Carew of PJ Carew Consulting, said the project posed some immense challenges in getting all the documentation together in that there were so many  buildings and so many consultants involved.

“However, in spite of these difficulties we received a very high round one score from the GBCSA who said that the quality of the submission had assisted them in their assessment of the project and that it had been much easier to review than what they had anticipated.”

Carew said they would also be applying for Green Star v1 As Built rating for the Square and were currently getting the documentation ready to submit.

Century City Square, which comprises a total of six buildings, falls within the Bridgeways Precinct of Century City which is being developed as a green building precinct and is home to five other green rated office buildings, four of which were also developed by Rabie.

Cloete said planning of the last two office buildings in the precinct is well advanced and details of these 8000 square metre buildings on a site bordering Sable Road will be announced shortly.

“It is our intention to also register these with the GBCSA,  aiming for a 4-Star Green Star rating in both the Design v1 and As Built v1 categories.”