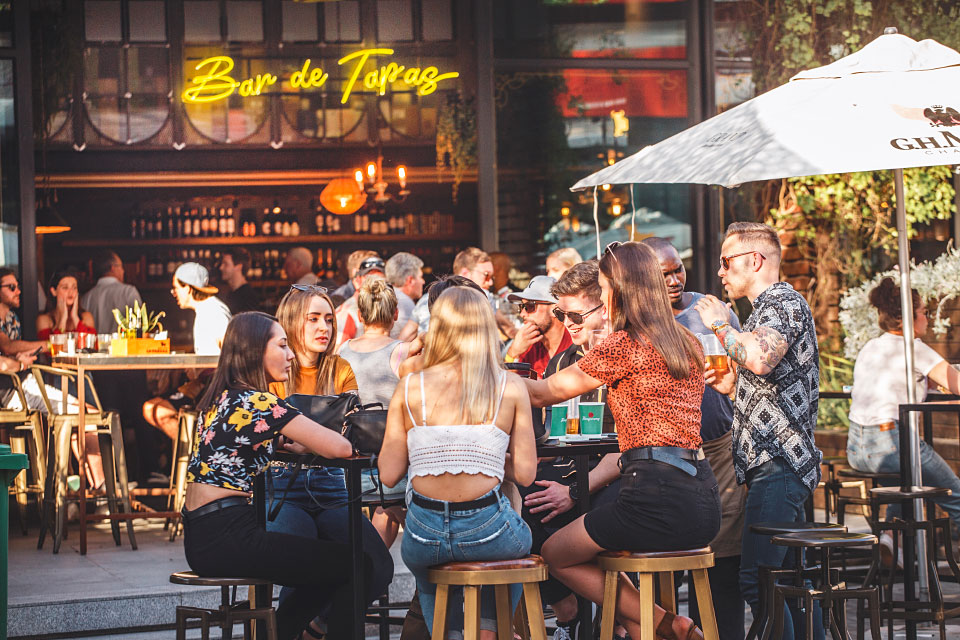 Century City is expanding its culinary outlets, creating new hot spots and exciting places to meet, relax and even get your groove on.

Opening onto the popular Century City Urban Square, La Parada Century City has created quite the vibe since it’s spectacular opening on 7 September 2019.  In addition to its sister brand, Tiger’s Milk, La Parada has held several successful music events since its launch.

On the ground floor of the Axis luxury residential building, the authentically Chinese Akiya Sushi has opened a sit-down restaurant earlier in 2019, with enviable views of Table Mountain.  Offering delicious Chinese delicacies and sushi prepared by Japanese chef, Michael, Akiya Sushi offers an original taste of the East.  They opened a take-away only mini-version on the opposite end of Century City, in Century Village.  Open from early to late, you can get your sushi fix any time of the day.

From Plattekloof to Century Village, Greens Café and Pizzeria opened the doors of its second outlet in September and is already creating a great meeting place and a favourite spot for locals.  Whether its breakfast, lunch, dinner or a well-deserved cup of coffee and sinful slice of cake, Greens is a relaxed, non-pretentious retreat. Enjoy comfortable seating indoors and watch the traffic go by or get some fresh air on the covered terrace section.

These new food havens add choice and variety to the existing collection of restaurants and coffee shops scattered across Century City (excluding those within Canal Walk), which includes Bootlegger, Knife, Vida e Caffe, Crave, Slug and Lettuce and Brick Lane.

“In creating a well-rounded live, work and play environment, creating lively pause areas through restaurants and coffee shops is an important aspect of the overall DNA of Century City” says Anderson.  “Getting together for a meal or over a drink is essential for communities and we love seeing that not only our Century City family, but also visitors far beyond our borders, enjoy their time here.”