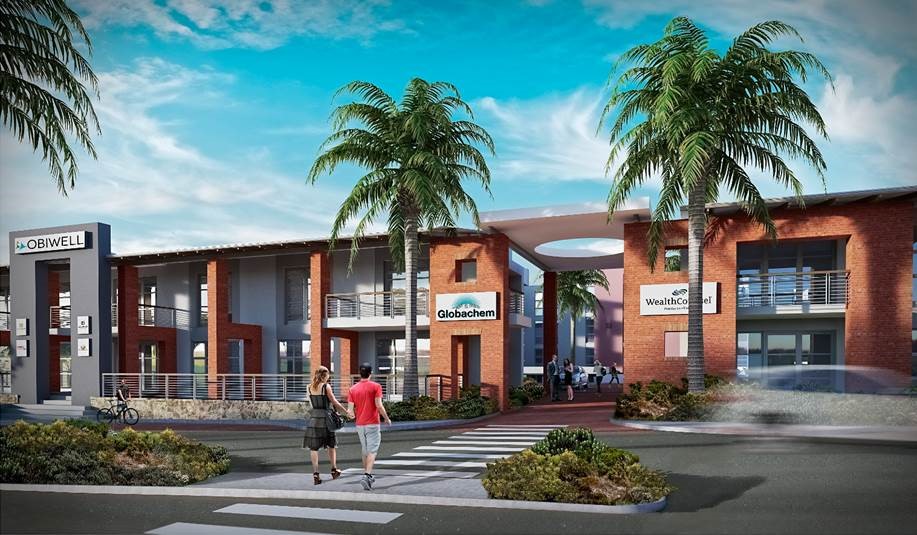 Chance for small companies to get corporate identity at Century City

A 3000 square metre, low-rise, sectional title office development designed to meet the demand of owner occupiers wanting their own smaller buildings with their own corporate identity are under construction at Century City.

Forming part of a mixed use development, Mayfair Commercial comprises 17 office suites in six double storey office blocks due for completion in October this year.

Jason Elley of Rabie Property Group says the development offers great flexibility in terms of size. Office suites vary from 112 square metres to 205 square metres with purchasers able to acquire an entire office block of around 665 square metres or even two adjoining blocks of up to 1000 square metres.

He says Mayfair Commercial will enjoy high visibility from Century Way, one of the major thoroughfares of Century City.

“It is situated in an extremely popular node and strong interest had been expressed in the offices ahead of an official marketing campaign being launched.”

Being developed at a total cost of around R70m, the office suites will offer signage opportunities onto Century Way and all buildings will have front doors that interact with the street and generous sidewalk.

Secured uncovered and selected covered parking is being provided on a ratio of four bays per 100 square metres.

Elley says the development is conveniently located in close walking distance of the MyCiTi bus terminus, Canal Walk Shopping Centre, restaurants, a school and a crèche and is just across the road from the largest public park in Century City.

He added that Mayfair Commercial is in close proximity to the new Intercare Day Hospital and Medical Centre which opened its doors in July last year.

“As such we expect these suites will appeal to the medical fraternity who would benefit from being in close proximity to the Day Hospital and its facilities.”

The architect is Tim Hughes while Big Ben Construction are the contractors.

For further details on the offices contact Jason Elley, Jean Theron or Sedica Knight on 021 5507000.